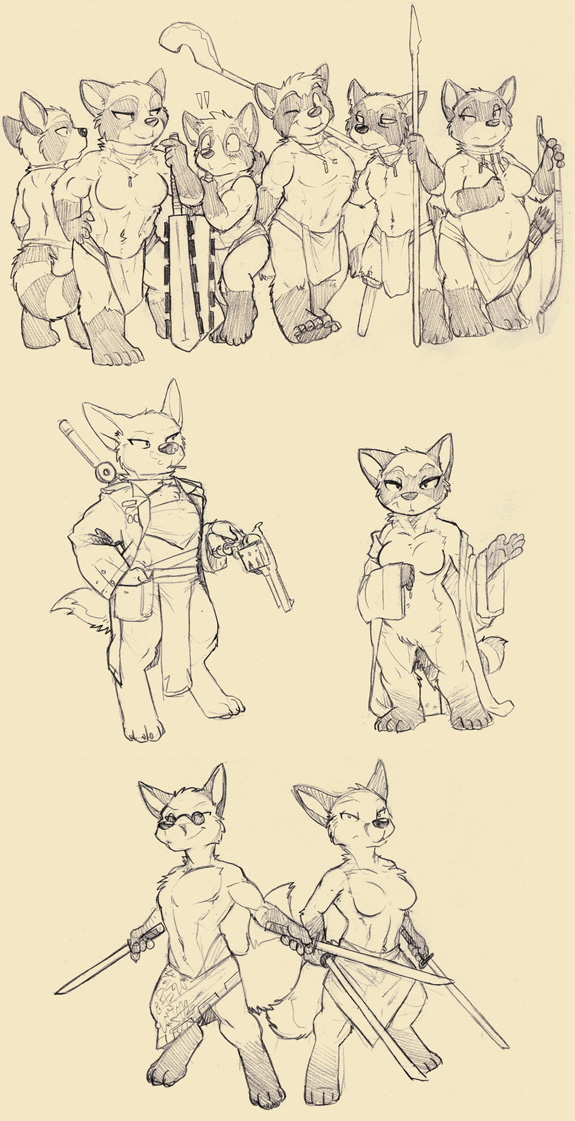 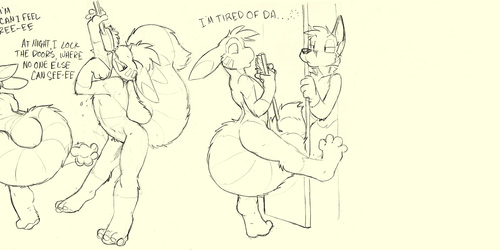 Recovering from sick, decide to draw up some of my INA characters with more design features, because I need to do that more.

Hunters: Xiro, Deiko, Aiko, Riki, Lare, and Urai. They will all be principal characters in Love And Peace In The New Age. They’re also indicative of my tendency to say “I need this many characters” and then finding a way to actually use them all.

Other pictures: Ideka and Kiti. Kiti will appear in LAP:INA but Ideka is still some time coming. Took this opportunity to figure out another design for Ideka’s army uniform. Since roko (That’s just the INA term for ‘people’ so don’t get confused) don’t like to overdress, the uniform is mostly going to consist of an overcoat.

And then Oda and his twin sister Zure. I don’t see “regular twins” much in fiction. They have some affinity for thinking like one another, but in other ways Oda and Zure are quite different.