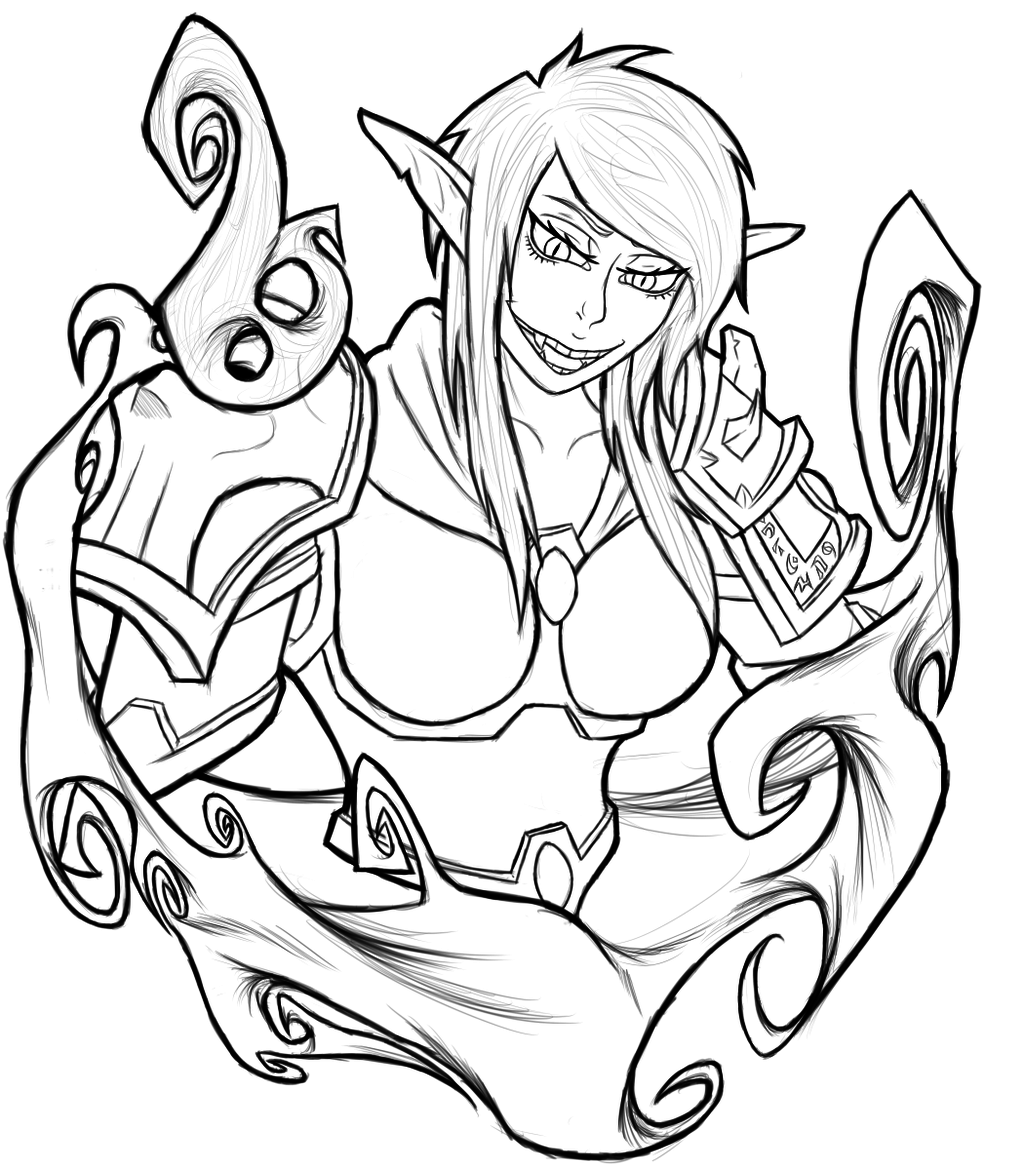 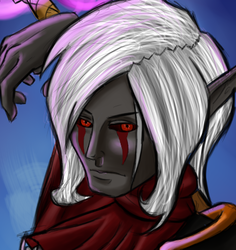 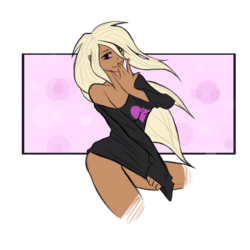 At the point that I drew this, she was my second favorite World of Warcraft RP character, right next to Wilney, my Rogue. There's analogues of them in different works I've done now! I'd also pretty much stopped doing WoW art by that time, so this was sort of fun to revisit a character design and re-imagine it.

There's some convoluted story stuff as to why she looks like she does by this point, but eh. EEHHHHH. I also retconned the scene hair and gave it to someone else. Heh.