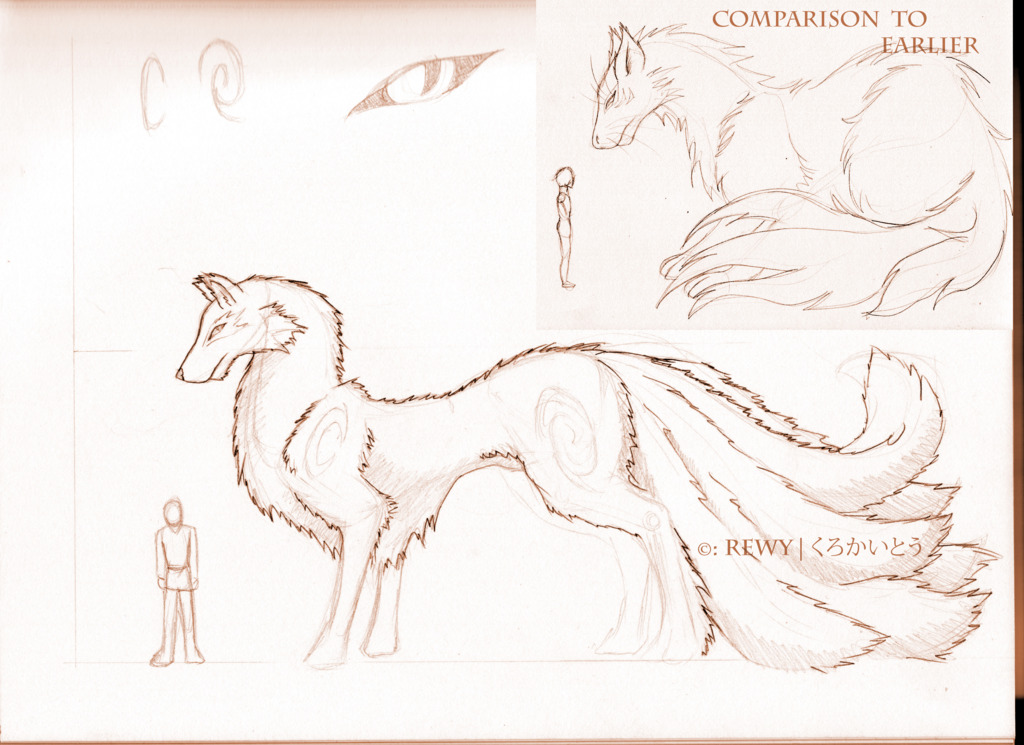 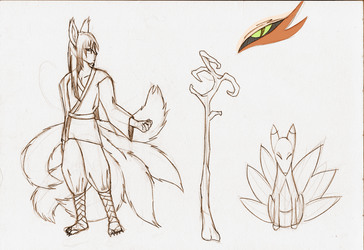 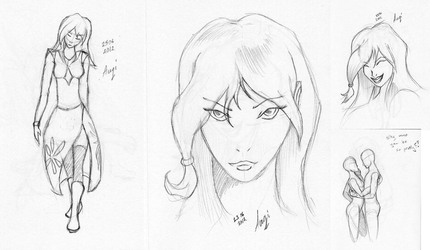 I found two size charts that I had planned on Hajime's beast form.

Personally I like the design of the Earlier one alot more. The bulk just makes him seem much more powerful. Which he is, but the form is obviously so inconvenient due to it's size so he doesn't use it.

The second one. Well I'm currently having issues on drawing wolves... animals... anything with paws. No idea why. I like the markings that I planned and the tails, but not particularly fond of the slim form anymore.