Lunch at the mall *GONE VORE* by reedman

"Alright. Stay calm Maleru. It's nothing over the top. You're just meeting him for lunch at the mall."

The raccoon was trying desperately to keep himself relaxed. He was not doing a great job of it. A cute, albeit intimidating tiger named Tepe, had invited him for a lunch date at the mall. The two had met over the internet, and Maleru had high hopes.

"Now where are you?"

The crowd at the mall today was larger than usual. He hoped that Tepe didn't get lost. He pulled out his phone and sent him a text.

Maleru: Where are you? I'm at the mall.

Tepe: look behind you

Maleru turned to see the feline he had been waiting for. While in his profile he had said he was quite tall, it was a different sight in person. While the raccoon was of an average height, Tepe was more than a bit towering. He barely met the tiger at his pectorals in height comparison. Gulping nervously, Maleru tried to keep a relaxed composure.

''Nice to finally see you too! Ready to start this lunch date?"

Maleru felt a powerful grip wrap around his hand. While the tiger took long strides, the raccoon had to walk briskly to keep up. They continued to walk until they got to the middle of the food court. Tepe turned around and looked down to his date.

"So, where shoiuld we eat?"

"Well, I know your profile said you like pizza..."

"Yes, and yours said you like burritos. Why don't we get both, then meet back here?"

Maleru watched the tiger walk towards a pizza place with a short line, then looked towards his favorite burrito shop with a long line. He sighed, then walked over to join his date at the pizza place. Tepe looked over in surprise.

"I thought you were going to get a burrito."

"Sounds awesome! How does pepporoni and mushrooms sound?"

Maleru grabbed Tepe's hand as the tiger ordered two large slices of pizza. The pizza was paid for and was placed on a large tray. Tepe paid for it, despite the raccoon's insistence.

"Don't worry yourself Maleru. I'll take care of you."

Maleru's face went bright red when he said that. He never expected Tepe to say something as cute as that. He had to take a slow deep breath when Tepe rubbed his shoulder as they walked to a table. This raccoon happened to be a sucker for romantic gestures, and this tiger seemed to know that. The tray was placed on the table, and the raccoon's chair was pulled out.

Maleru sat down and was pushed towards the table. Tepe sat down across from him. The two stared into each other's eyes for a new moments.

"Wow Maleru. I never noticed how deep your eyes are. It's like looking at the ocean."

"You seem nervous. Have some pizza."

Maleru reached for pizza, but Tepe stopped him. Instead, the tiger picked up the raccoon's slice of pizza, and held it for him. He opened his mouth and began to eat the pizza he was being fed. Maleru was infatuated with Tepe's romantic gestures. He knew just what to do in the right moment.

"I remember reading that you love cheesy romance stuff, so I figured nothing was cheesier than being fed by your date."

Maleru couldn't speak. He was in a hypnotic state with how romantic Tepe was being. He quietly ate the pizza, and stared into his date's eyes. It was when he ran out of pizza to eat, was when he snapped out of his relaxed state of mind. The tiger giggled, then proceeded to eat his own slice of pizza. He polished it off in a few bites. He took the tray and plates to the trash can.

"Alright Maleru. What should we do next? Movies? Shopping? Dessert?"

Since he didn't expect the date to last past lunch and a short conversation, Maleru didn't plan this far.

"No idea. What do you feel like doing Tepe?"

"Well, I was hoping to take you to this movies."

"Movies it is then!"

Maleru walked with his date Tepe, hand in hand. The movie theater was right next to the food court, so the walk was short. After some debate, they settled on "Planet of the Macros" and managed to get tickets for the next showing. Tepe bought a big bucket of popcorn. They found the room, then settled into their seats. The theater was decently full, but not too much. While the ads were playing, Maleru decided to strike up conversation.

"I heard they're making a prequel to this movie."

"Of course they are. Hollywood can't stop themselves."

Maleru decided to make a move. He snuggled up to Tepe a bit. The tiger noticed this, wrapped his arm around the raccoon, pulling him closer. The two settled against each other as the movie started. It was about the same as the book they both read. Scientists were sent to a new planet to investigate it for life, and spend the movie running from macros. Most of them got eaten, stepped on, or worse. The only scientist left was a lone mouse, and he was almost to the escape ship. Maleru was reaching for the popcorn and thought he was bringing popcorn to his mouth. When all he tasted was fur, he looked down to see he had grabbed Tepe's hand and put some of it in his mouth. He looked over to his date, who was trying not to laugh. They went back to watching the movie, trying to ignore what had happened. When the movie ended with the mouse barely escaping, the two left the theater. Tepe was chuckling as they left.

"How did my hand taste?"

"How about we get some ice cream before you decide to eat any other part of me?"

The ice cream shop was on the other side of the mall, but the walk felt like no time had passed. The two had mostly stared at each other and just talked about the movie. If it wasn't for the mascot out front, they would've walked right past it. They walked in and looked at the plethora of options. They got the couple's special, which was mostly chocolate and a scoop of strawberry on top. This time, Maleru paid for it. They sat down at a small table. Wanting to be super cheesy, they fed each other instead of themselves. They would eat, stop for headaches, then eat some more. They were just about finished, with only the cherry on top left. Tepe picked it up, and dropped it into Maleru's mouth.

"I am so full Tepe. Between the pizza, popcorn, and this ice cream. I'm not sure if I can eat anything else. I might have to skip dinner."

"Guess I have a bigger stomach than you."

Tepe stood up, and Maleru followed. They walked their way out of the mall. Since the tiger lived closer, they walked to his place first. He could not get over how much of a gentleman he was. When they got to his apartment, they looked at each other.

"Tepe, I had a great time with you today."

"So did I Maleru. I think that this day should be finished in the best way possible."

Maleru could feel powerful hands wrap around him, and saw the tiger purse his lips. The raccoon closed his eyes, and puckered his lips. He felt Tepe's soft lips press against his. He could feel the heat from their mouths interchanging. He felt like he was floating in the tiger's arms. It was the perfect kiss, and he wanted it to last forever.

Tepe pulled away, which made Maleru open his eyes. The tiger was quiet for a moment, only breathing lightly. Then he opened his mouth. He sniffed a couple times. Then, the raccoon's world went dark. Before he could react to what was going on, he felt his whole body slowly being pushed into a small compressed space. He tried to fight it, but found himself wrapped up in the fetal position. He was not able to see a thing, besides a few flecks of red light. He heard what sounded like a deep burp, then the space he was in suddenly got even tighter. as he felt his whole world sway around, it started to dawn on him what was going on.

Maleru heard Tepe's voice, but it was slightly muffled from the space between them.

"I was gonna eat you outside the mall, but you just had to have the whole date experience. So I played along."

"I thought we had something!"

"Oh we'll have something. Probably indigestion. Raccoons never settle well with my stomach."

Maleru continued to struggle, even though it was a fruitless effort. He would struggle for another hour until he finally passed out from exhaustion. As his eyes closed for the last time, he could barely make out the sounds around him.

"About time he settled down. Some prey take forever I swear."

Tepe was sprawled out on his couch, trying watch some tv as his stomach was working on its latest meal. No matter who he dates, they all end up in the same spot. They all want a relationship, and don't care about who it's with.

"Well Maleru, maybe if you understood that survivial matters as much as finding mister right, we could've been soemthing. Yet, all you prey think alike. You think ignoring the predator makes them go away. You unfortunately, had to learn how wrong you were the hard way."

Tepe would do some housework, search up his next victim, and mull around the house for another couple hours. By the time he was heading to bed, the massive bulge that was once Maleru, was now a bit smaller. Maleru slept, thinking happy predatory thoughts. The next morning, his stomach was down to no more than a bit of pudge. He gave it a pat. Reaching for a plastic bag he always kept a pile of near his bed, Tepe spit up the things that didn't digest. It was some clothes, a wallet, some shoes, and a phone. He tied the bag and tossed it in the trash. 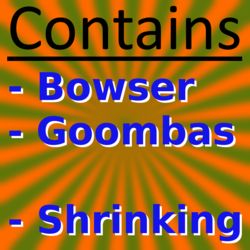 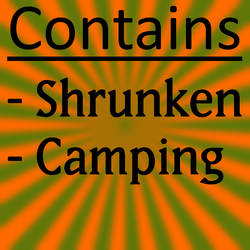 Lunch at the mall *GONE VORE*

So this story is a bit unique. The plot was generated with my Writing Prompt Generator I made in Python. Forced myself to keep it at 1800 words or less. Pumped it out in 3 hours, so a new record for making a full story.