The birthday girl <3 by Red_n_Yuki 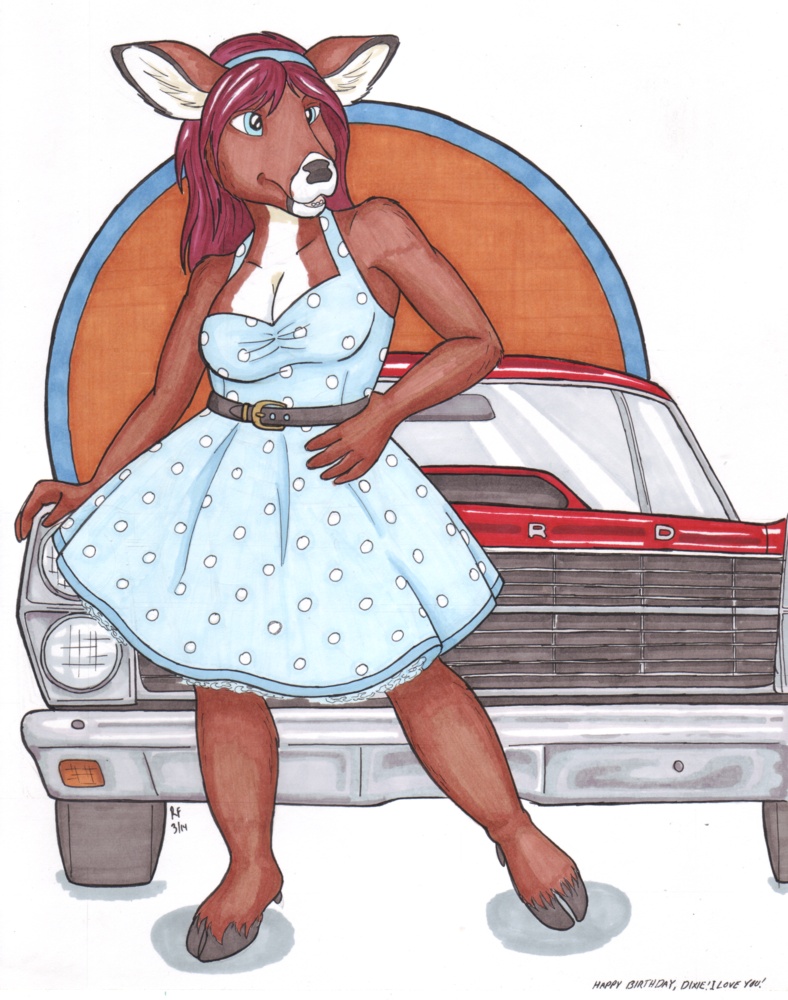 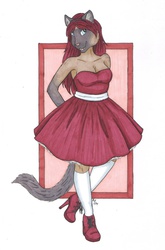 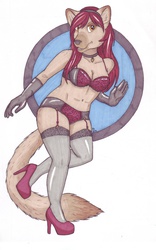 A birthday pinup pic for my wonderful girlfriend,   dixielandoe

Dixie's birthday was just a few days ago. Dixie's had it hard financially these last few months, and I wanted to do something nice for her. So I gave her a 38 special handgun, and I drew her a pinup pic as well.

For this pic, I decided I'd stay within the little narrative I've got going in my head about Red and Dixie. The car is a 1966 Ford Fairlane 427. Its Red's car...his "other girlfriend" XD So these are both of Red's loves, posing together in the same pic. As always, I've dressed Dixie in a 1950's style dress, because I think she rocks that style so hard. I suppose they're about to go out on a Sunday drive...Red's just got to pick his jaw up off the pavement first :P