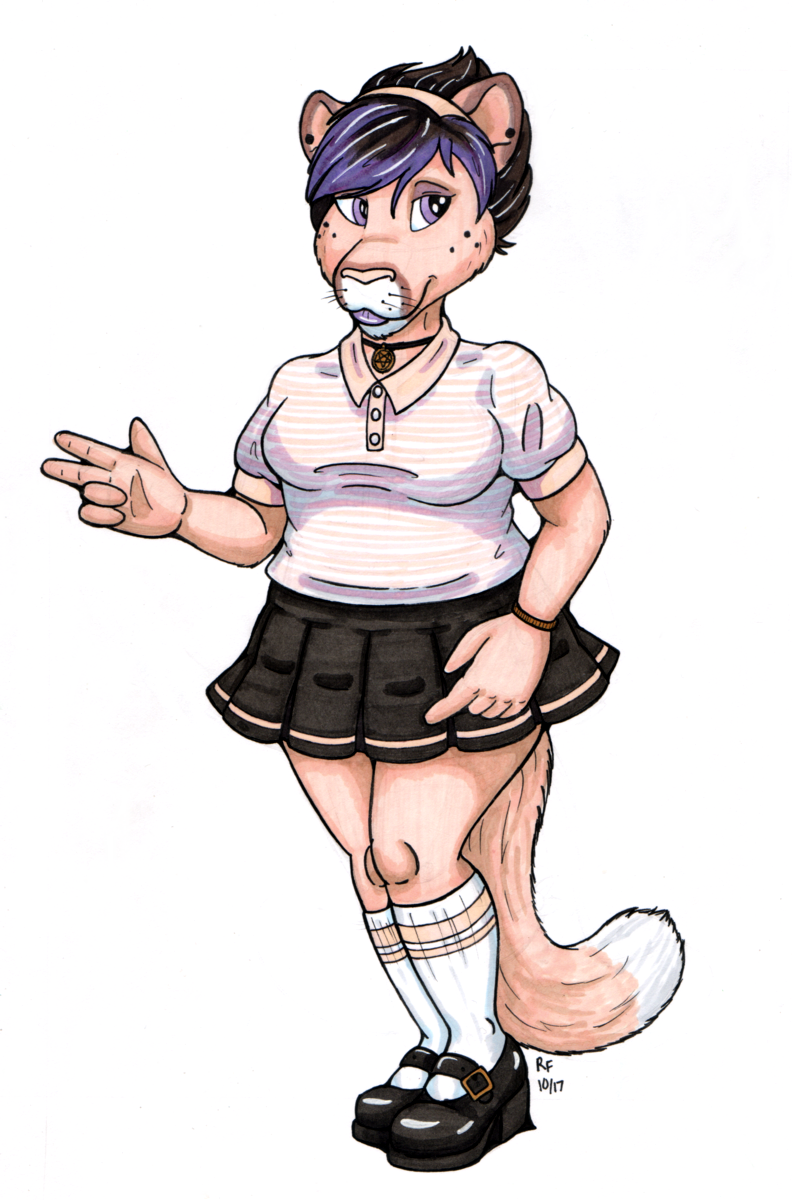 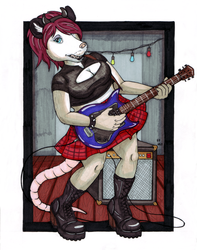 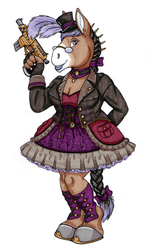 Recently my friend Becca and I were discussing some new findings about the social lives of real female cougars. Long thought to be solitary creatures, its recently been discovered that female cougars do often meet up in the wild with girlfriends. Many times, they'll share a meal together. I decided to incorporate this into my furry world, making it canon that lady cougars would seek out other cougar girls to be friends with and spend time together. Like wild cougars, the cougars in my world will often have dinner or drinks together, where the girls will take turns covering the bill.

So, with this in mind, we decided that Jamey needed a nice puma lady to hang out with. Over the course of a day, we decided on the character that would become Samantha. Compared to Jamey, Sam is shorter, petite, and a few years younger. She favors styles that are a mix of sporty and goth, and considerably more modern compared to Jamey. Samantha was quite the goth in high school, but has toned down the look a bit in adulthood. I could see her playing tennis from time to time as a hobby. The relationship between Sam and Jamey is close, and Sam sometimes looks up to Jamey as a big sister figure.