The Colt (Silent Ponyville) by Razia 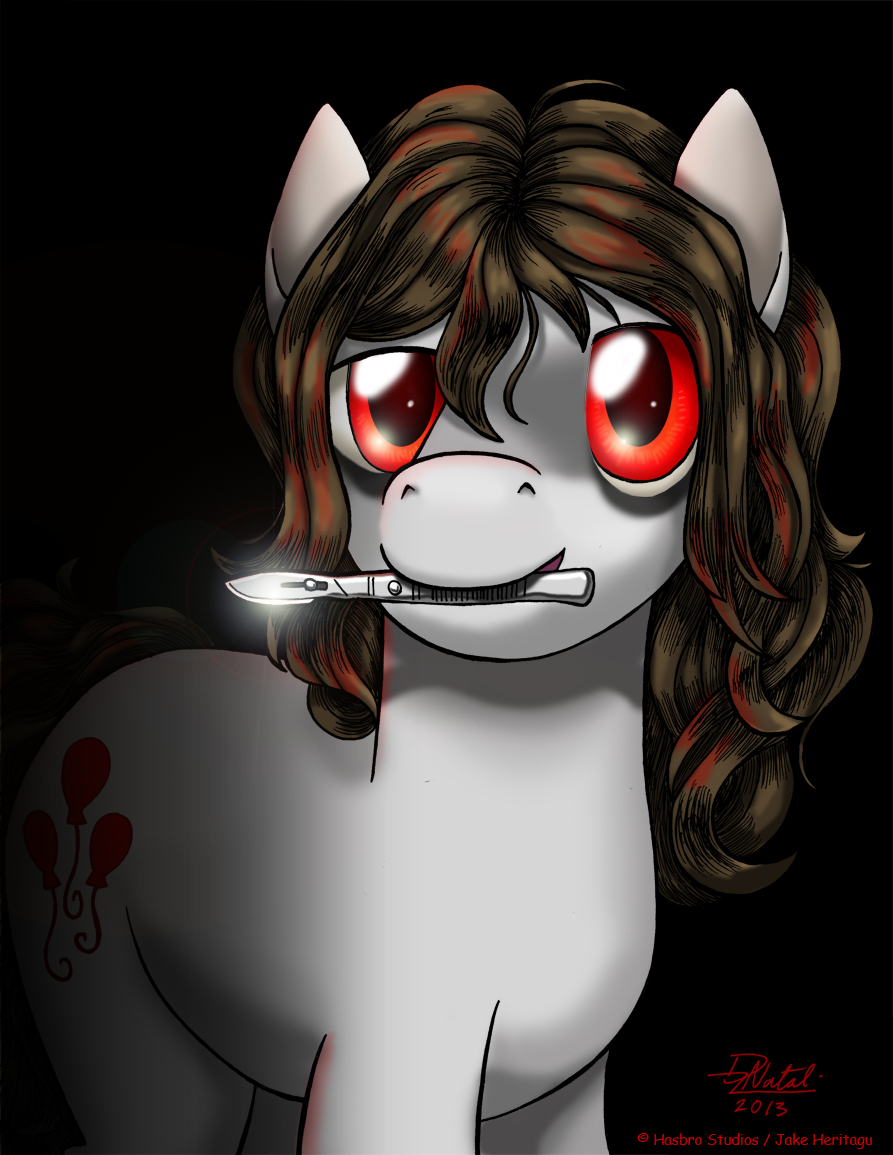 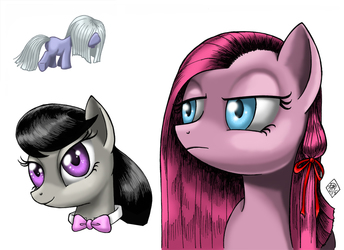 So ... I love Silent Ponyville, and have been meaning to do SOME kind of fan art for ages. And if you've never read it, I highly recommend it, especially the first.

I don't normally care for the juxtaposition of horror with cute cartoon characters, but SP is one of the few stories that pulls it off well, IMO--I think because it's mostly psychological, rather than being gore for the sake of it *coughCupcakescough*.

As for this drawing, It's heavily influenced by this image of Walter Sullivan from Silent Hill 4: http://suptg.thisisnotatrueending.com/archive/14184815/images/1299801438469.jpg

He reminds me of Walter in that he is deadly without seeming outwardly threatening--usually when you see Walter, he doesn't look demented or how you would expect a killer to look (expression-wise). He just looks calm, usually with a half-smile. I imagine The Colt to look that way as well.

P.S.: I love how this one sticks out like a sore thumb among my other MLP art despite the fact that I mostly used the same techniques. I had the Twilight Sparkle one open next to it in Photoshop so I could make sure the final size was consistent with the others (I'm OCD like that) and I just started laughing at the contrasting moods.