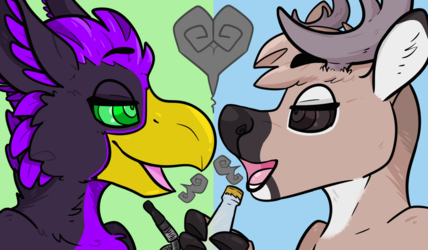 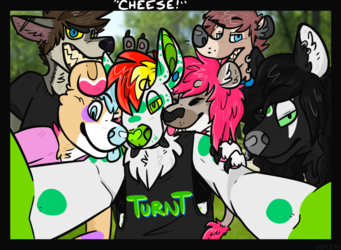 my six year old niece saw a fursuit on my facebook dash and wanted to know what it is. i told her that people make special pretend animal characters and make costumes of them. she knew about my fursona, Randa, and wanted to know if I'd get a costume (i said yeah). she said she wanted a costume some day and needed a character, and wanted it to look like mine, species wise. so i drew up a base of my character and by her command added accessories and colors, etc. (she wanted the same markings as mine)