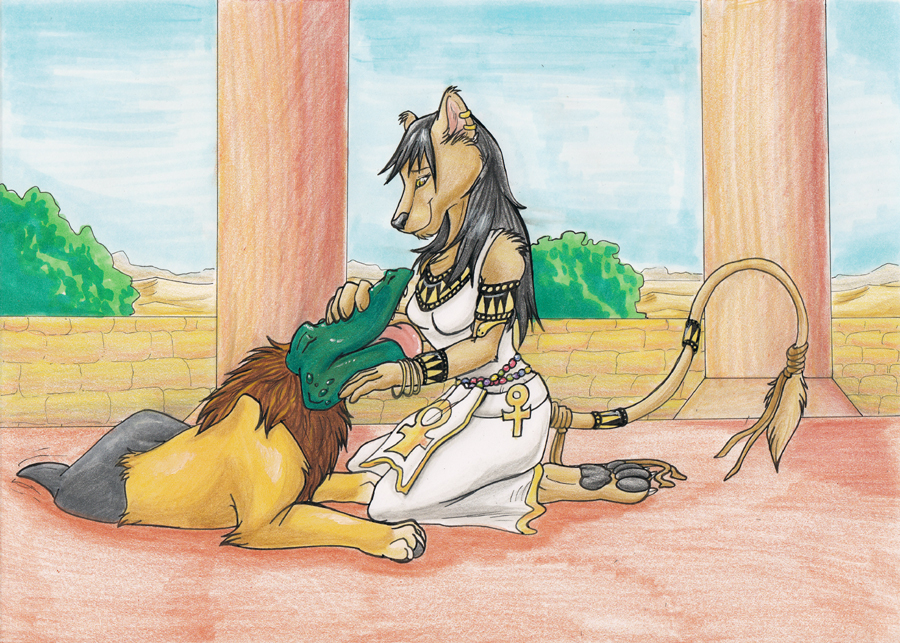 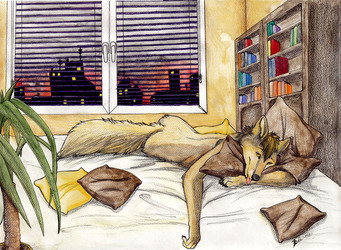 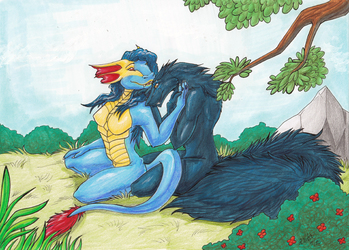 My part of trade with stampy. His Egyptian character Kiya, petting an Ammit.

Ammit "devourer" or "soul-eater"; also spelled Ammut or Ahemait) was a female demon in ancient Egyptian religion with a body that was part lion, hippopotamus and crocodile—the three largest "man-eating" animals known to ancient Egyptians. A funerary deity, her titles included "Devourer of the Dead", "Eater of Hearts", and "Great of Death".

I has no idea, why this creature has a mane, when technically it's a female :D