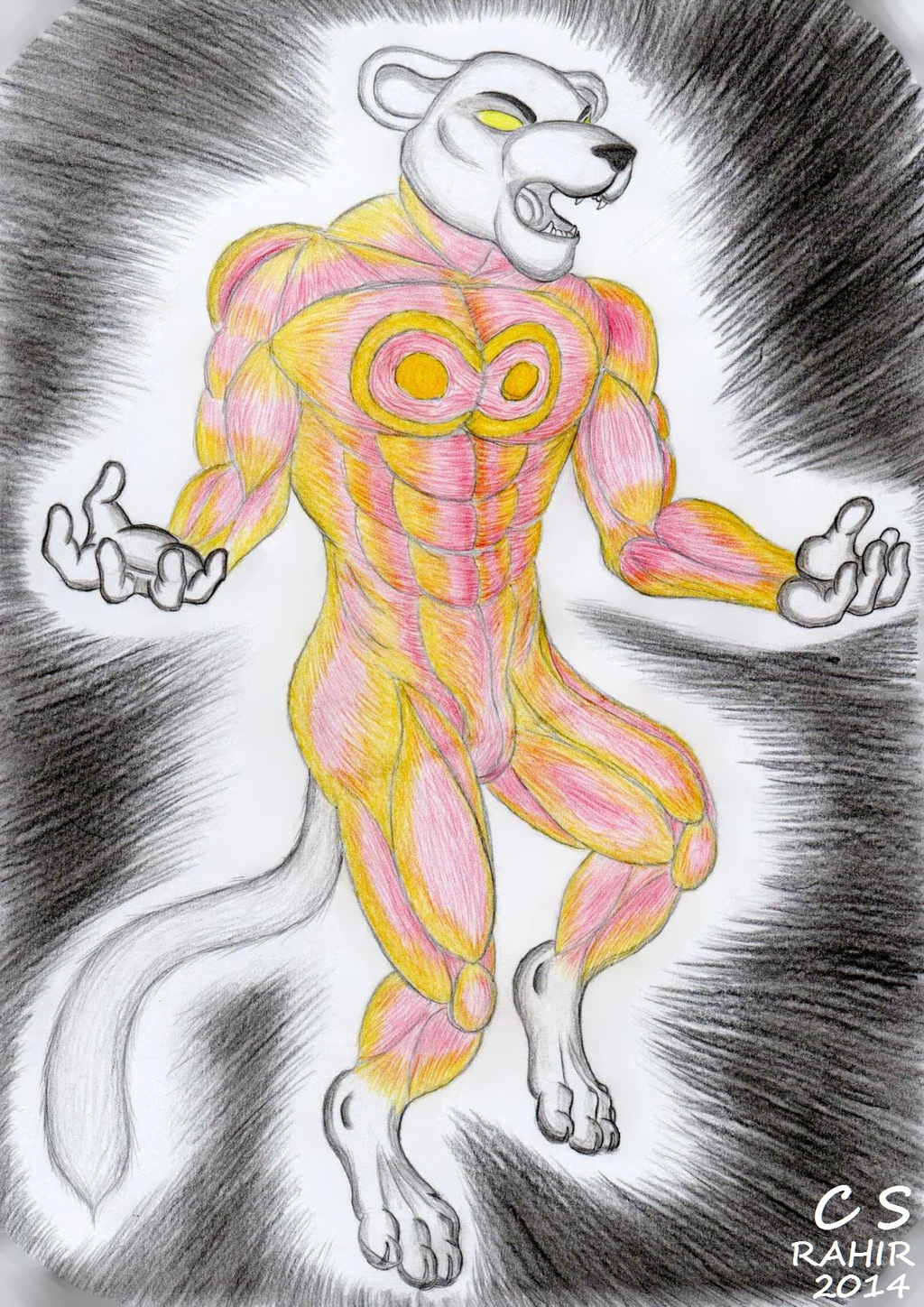 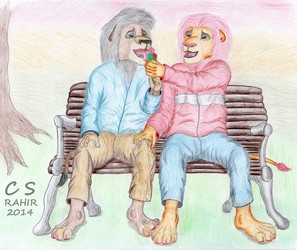 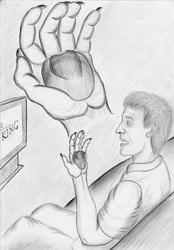 As some people already know, I carry a huge ambition in my heart, artistically. I intend to create a superhero comic in the likes of how we know them from Marvel and DC. It would be of course populated by anthropomorphic characters, unlike the aforementioned ones (with some exceptions, I guess, like when Thor was a frog, which is still better than making him a woman, amirite, sexists?), and this design study is my first foray into that particular area. An area where the emphasis is of course much more on action and skintight suits that might just as well be bodypaint, compared to my couple-comics I've done so far.

This here is also a first study on what I imagine to be my main protagonist. I'm already certain on the species, which will be a panther, but not a black one, since that already exists as a superhero, but rather a white-greyish, or at least one of a brighter color. As for his powers and abilities, I still need to define them for myself, even though I could always rely on what comic book writers did since the dawn of time, which is making shit up while I go, and retcon if things don't make enough sense even for that genre ;-)

I feel I want to hone my skills further before I actually tackle that project, so don't get too excited about it yet. Although it will happen eventually, so stay tuned for more :-) Also haven't really decided on a name, therefore the joke-title of the file.