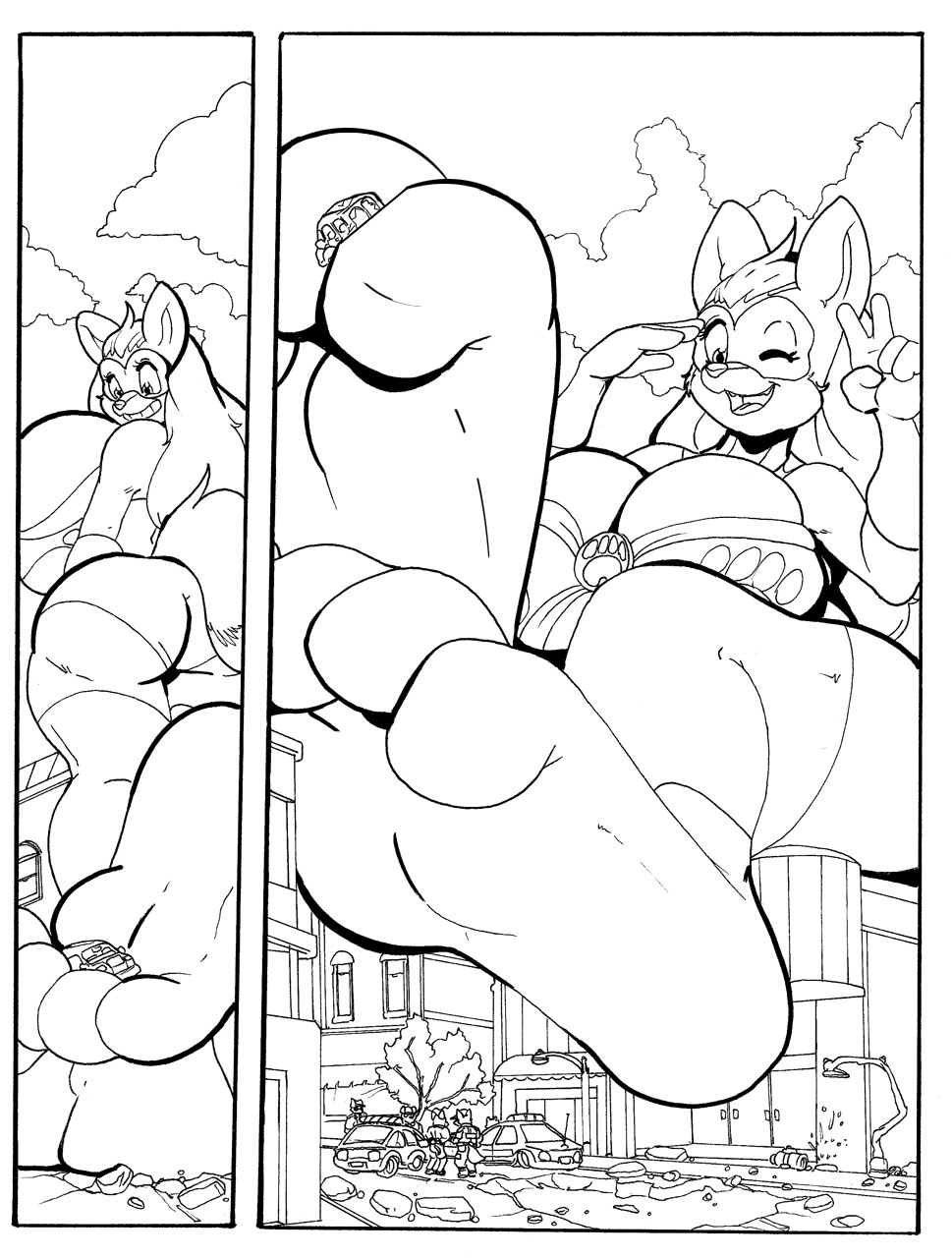 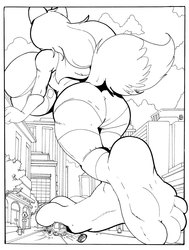 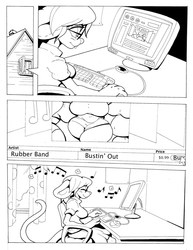 Snatching the van in between her toes the giant vixen hands the criminals over into custody.

A job well done, Gigapaw rests atop a building, kicking her over-sized footpaws on up another building, wiggling her toes over the gigantic paw-shaped craters she left behind.

She looks down at the robbers being taken away. She may have won, although exactly how "helpful" she was is debatable, given the construction that'll be needed to fix the damage she caused.