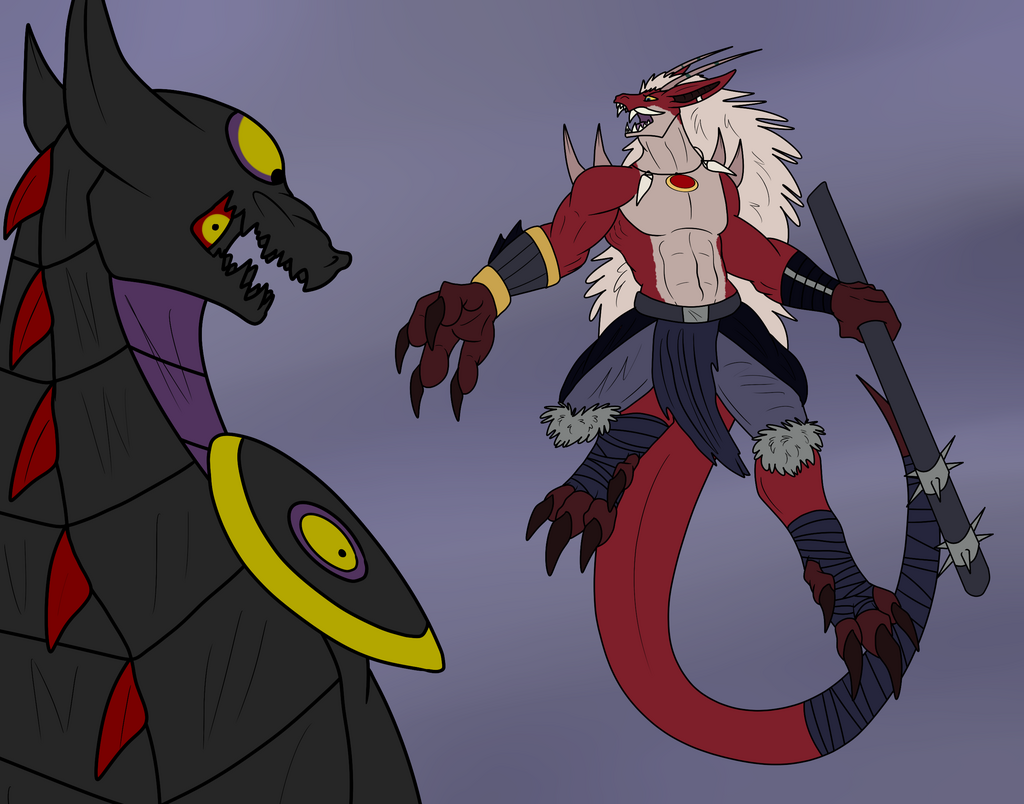 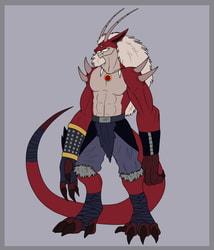 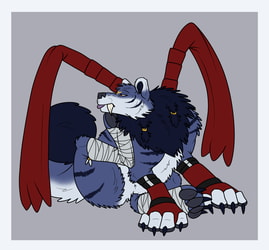 For my Digimon Group; The Digitwal War on deviantart

Mikey and Attila where surprised by those enemies, large snakes leaking black fluids that damaged everything around them, just like the rest of the Arcadium.
The Two had a very hard time hiding from those large, terrifying creatures, as Mikey tried his very best to keep his little Oni Digimon in check.

When another one of these Snake Digimon appeared and cornered the Duo, Mikey was freaking out, and as the large predator apprroached them, ready to finish them off, Attila was ready to fight for his tamer and big brother figure, and ended up reaching his next Level; DracOgremon.

Attila wasn´t able to defeat the group of Snake´s, but brought them enough Time to flee and re-group with the others.