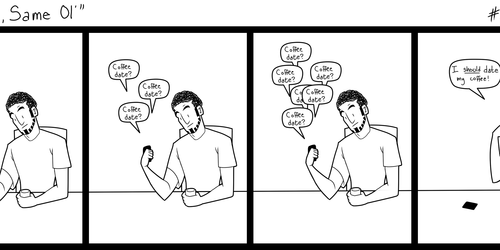 I actually had to abridge what I said in response.
But, yeah, this was one of my first experiences on Growlr...and not the only one of its kind. siiigh

3-panel because I actually responded in pics and had to translate to English. lol
#JPsUGHmen