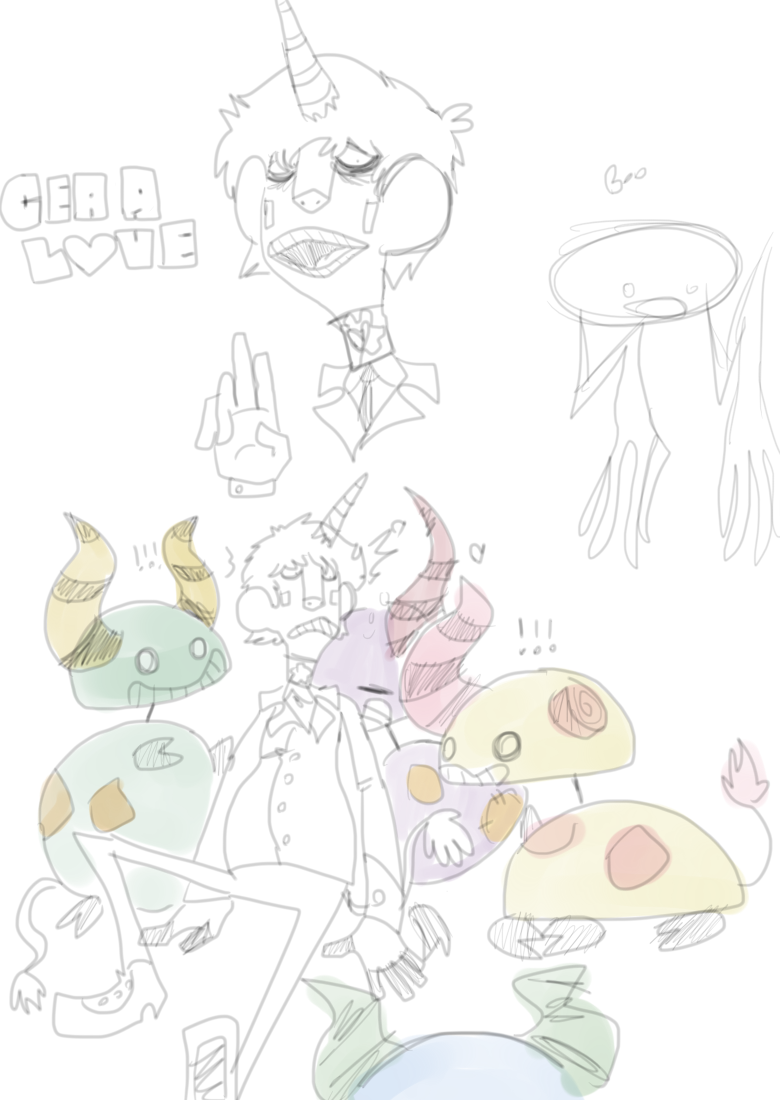 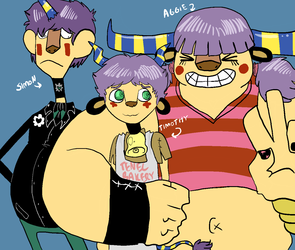 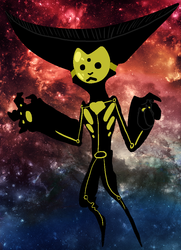 Some doodles of Simon, one of Big Bulls kids, because he’s kind of a cutie patoot

Simon has this odd habit of attracting all the different types of Bull Ghosts (Wild Cow, Burly Bull, etc), they don’t hurt him though, they just wanna snuggle up to him and moo…its kinda cute actually…unless some of them appear in the Gear House and scare the shit out of everybody.

He thinks it might have to do with his birth defect: being born with only one horn in the middle of his head, much like a unicorn. Simon hypothesizes that its such a rare occurrence, that the supernatural is just naturally drawn to it...the only supernatural beings are the Bull Ghosts though.