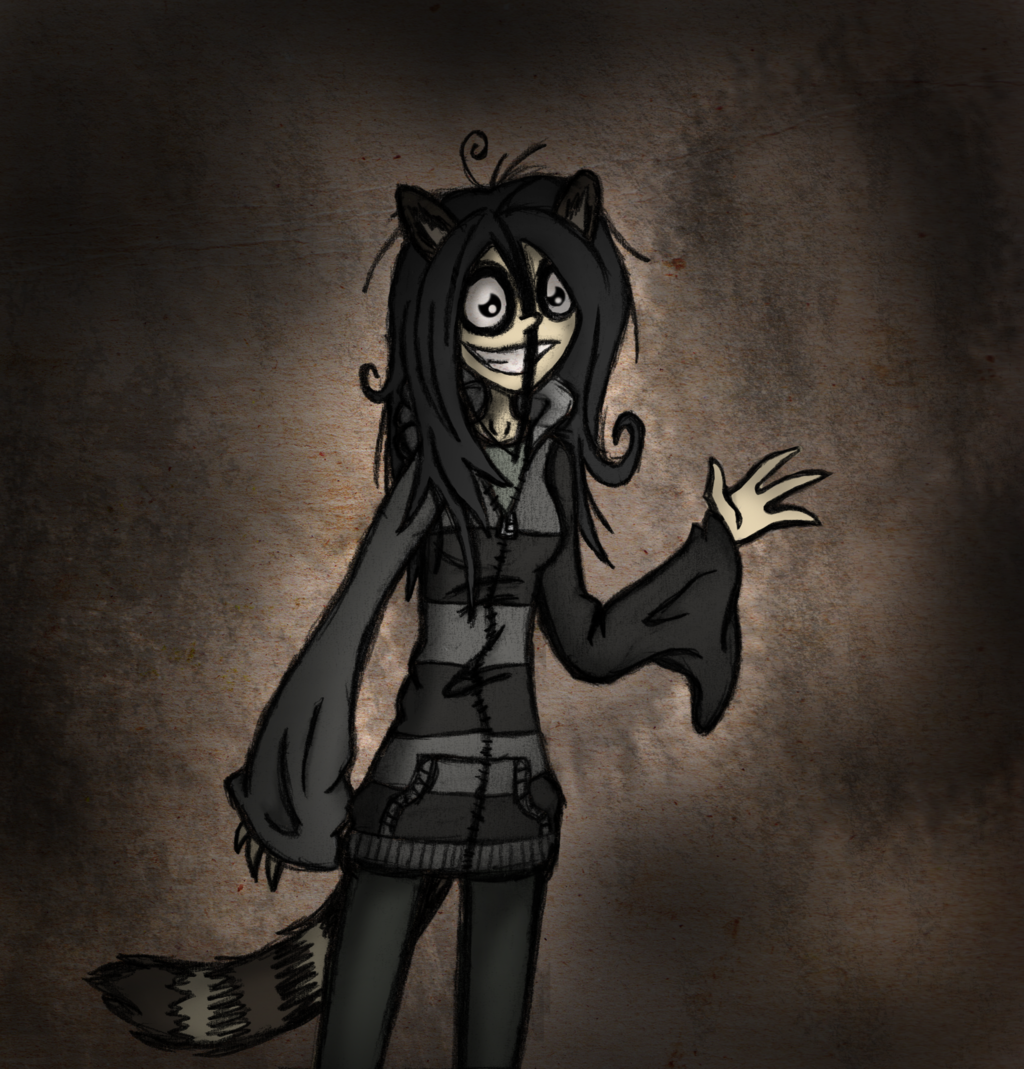 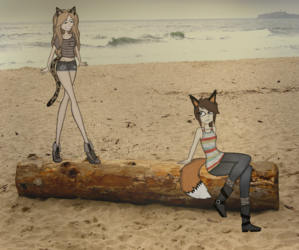 -Very physically fit, and could probably outrun anyone in Taden

-Smart, not as smart as Kizma, but definitely smart (can use correct grammar and knows the basics of education); is more street smart than Kizma

-A little too odd at times (it becomes uncomfortable for others)

-Has some ticks (like blinking rapidly, rolling her eyes, and occasional twitches)

-Can become annoying to some

-Has insomnia and often wakes people up

-Can easily be deemed crazy

Likes: Hanging out with people, doing really weird things, spending time at the sporting complex, playing pranks/frightening people, others who are humorous, trying to cheer others up (usually Kizma) or lightening the mood, getting to know people she doesn’t know, and bargaining for stuff in the trading market.

Dislikes: People who can’t understand or be okay with her oddities, people who never want to have fun or do crazy things with her, being patient, sitting in one place, listening (she’s a talker), daytime, pretty clothing/getting dressed up (she really doesn’t like to take the time with that kind of stuff), and sleep.

Biography: Aeris has always been an extremely strange girl. She comes from a family of a single mother (father passed away when she was very young, but it hasn’t affected her because she didn’t know him) and two older twin brothers. One of her brothers has moved out of Taden to find a better career than he could find in Taden (he also couldn’t stand Taden’s gloom), and her other brother stays with her mother to keep her company. Aeris visits them from time to time, but doesn’t spend too much time with them. Just like Kizma, Aeris lives on her own two houses down from Kizma. Aeris and Kizma have been best friends since 3rd grade, and have vowed to always keep it that way. Aeris has raccoon characteristics (just like Kizma has fox characteristics) so she is accustomed to being awake at night. She isn’t fascinated by the dark and isn’t in love with it the way Kizma is, it’s just when her body tells her to be awake, but because she likes to be with people and people usually aren’t out at night, she has developed insomnia problems. Aeris likes to be active and often swims at the sporting complex. She is also good at bargaining and can get her friends almost anything from the trading market. She enjoys making others happy and is a pretty happy person herself. Aeris also doesn’t care at all about her appearance, and usually looks as messy as if she’s been doing somersaults and rolling in dirt, and swimming is just about her only form of actually cleaning herself.

Taden: Taden is a gloomy old place. It has tall buildings, a large park, cobbled streets lined with street lights that cast a golden glow, stone bridges that extend over the murky stream that runs throughout the city, a small population that it’s too big for, and it is cloudy, rainy, or stormy 5/7 days of the week. Behind Kizma’s (another OC of mine that lives in Taden) house is the woods, which goes on for miles and surrounds the city except for where a beach cuts into part of it. The beach is hardly used by Taden’s residents, but is a nice place to relax or sleep. Taden isn’t exactly a poor city, but isn’t a wealthy one either. It has little to no contact with the outside world and as far as its residents know, any kind of government that may exist outside of it doesn’t affect Taden. The residents have a currency system made up of coins and can also trade for things. Even the citizens who don’t have much money find ways to get by by hunting or growing their own food, and the community is pretty good about taking care of one another. Most of Taden’s people have animal/unusual body parts such as ears and tails like Allyce does, while a few are purely human or purely anthropomorphic animals, and despite it’s dark atmosphere, the majority of the people in Taden are peaceful. Even though Taden is dark and mysterious, many of its residents are content with how they live and do find ways to have fun. Electronic devices such as tv’s and computers do exist and there are many within the large library located at the center of the city, and many people spend their time there. There is also a sporting complex with an indoor pool, tennis courts, and basketball courts. There are no medical centers in Taden but they are unneeded as almost all of its residents have strong immune systems; for the ones who don’t, there are a few apothecaries within the city who make very effective herbal mixtures for healing and cures for sicknesses.