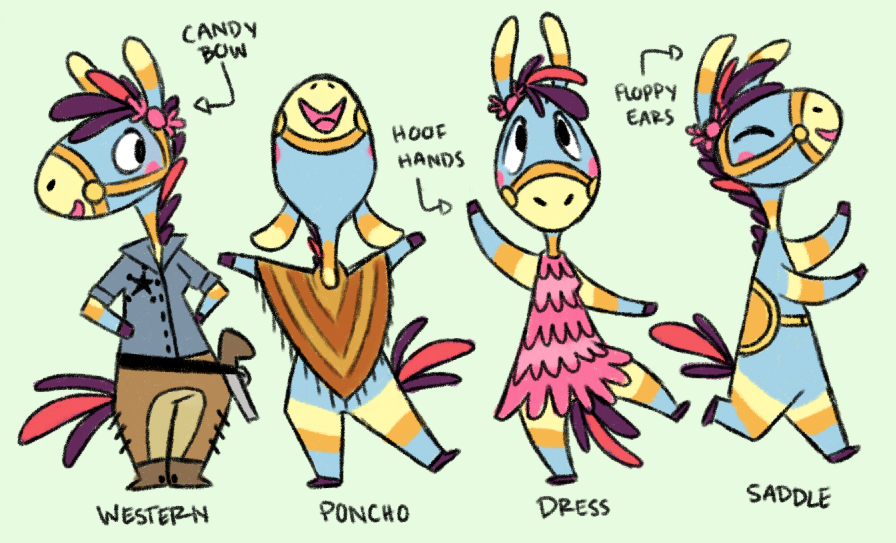 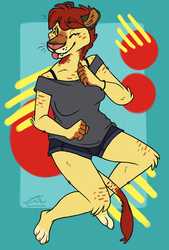 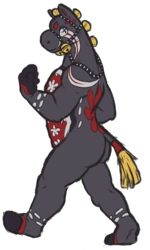 this one has actually been in the works for over a year, but i was never able to decide on shapes I liked until tonight during FA's downtime. this gal might be my new main fursona so to speak (although Jammy, my lion, will still be the one I draw skiota with) and I'll be filtering through the rest to figure out who i'm keeping on as characters and who i'm not.

she doesn't have a name yet, although i'm probably going to go with either Quaggy for simplicity's sake (and also to finally attach my name to something) or Jenny, since 1. that's my name and 2. a female donkey is called a Jenny.

So yeah. Just a cute little pinata with a candy bow. Pretty simple design, and of course patterns and colours can change at will. You'll be seeing lots of her, since she's both extremely easy and extremely fun to draw.

(PS Alaska isn't going anywhere, she was never really a fursona in the first place, just kind of a main character.)