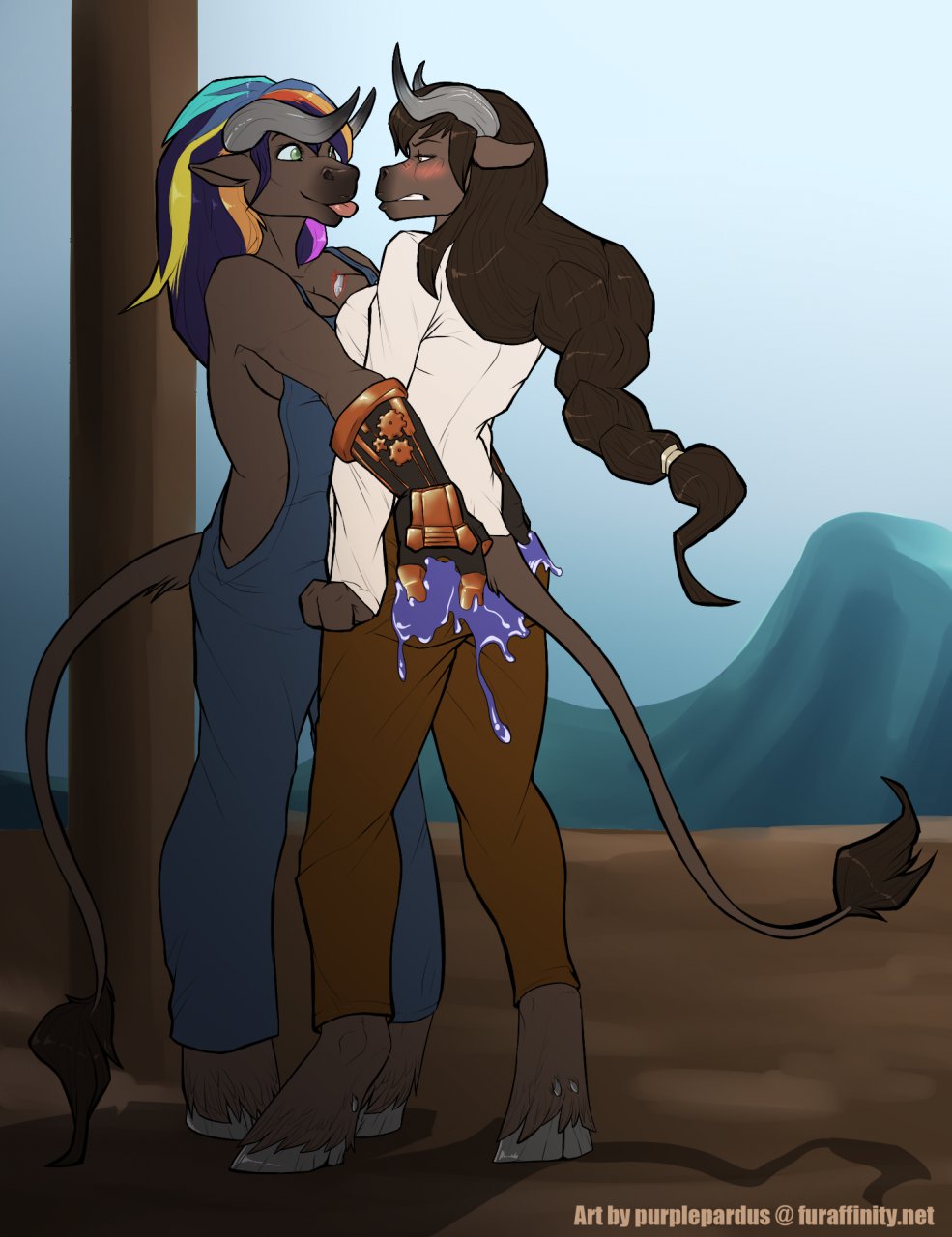 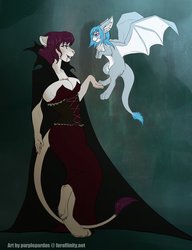 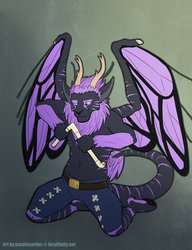 XD TAURENS!!! i love drawing me some moos!

Face to face, chest to chest, the twin Tauren sisters had quite polar reactions to their current predicament. Nikki, the mischievous tinker, clothed in her typical, shamelessly revealing denim overall attire, had a broad and devious grin on her lips. Even as awkward as it was pressed so close to her twin, she had done much, much worse in the past to put her prudish, self-righteous sister out of balance. On her hands were her new invention - a pair of smooth, leather gloves with flat, metallic plates along their palms and fingers to house a specific magnetic field that was heavily attracted to a certain type of paint.

The paint that, comically enough, her sister Wicapi had mistakenly sat in not moments before she had accidentally powered on those gloves.

Wicapi had thought she had gotten used to her sister's antics and insane workshop experiments. She had left her Sunwalker armor and regalia behind, knowing that Nikki's lab would likely have something inside of it inexplicably drawn to the finely forged metals she normally wore. Sadly, even when opting for a simple, modestly cut and loosely fitted cloth tunic and pants, she found herself in just as much an awkward position yet AGAIN. With her arms bound against her sides as Nikki's were wrapped tightly around her, she could only sigh and glare at her twin, idly wondering if those gloves really were making Nikki's hands squeeze her ass that often.

"How much longer until the battery dies on those things again?" She growled, trying to fight the blush searing away beneath her tawny brown furred cheeks.

"Oh.. about an hour, I imagine." Nikki giggled, sticking her tongue out at her sister.