The Nicest Thing... by PuppyToast 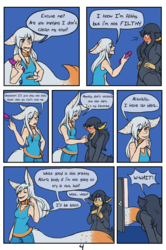 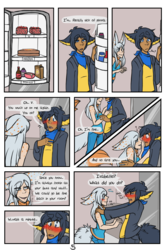 This is... The second time they've interacted. But the first time Xan actually got V to talk to him since the previous day she... literally ran off. V is not used to people being sincere towards her. Usually compliments she gets are about her looks and not about her as a person, so she just hates hearing it. But Xan comes along and actually talks to her like a person... which is all she's ever wanted. So even tho saying she seems like a nice person isn't really a huge deal for most, she is just so baffled by it because... she's not used to someone complimenting her personality instead of her looks.

Anyway I wanted to practice something a bit more serious and canon for once.