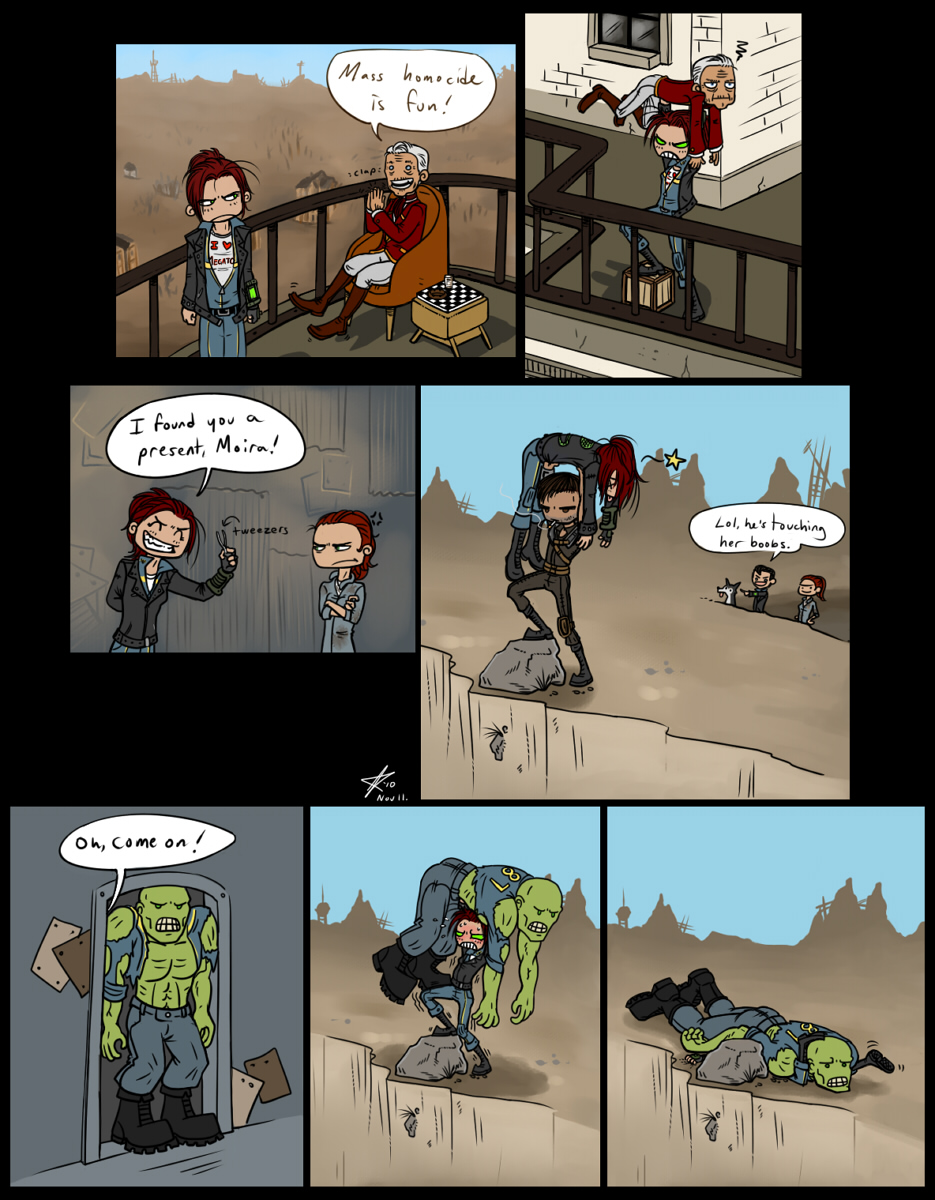 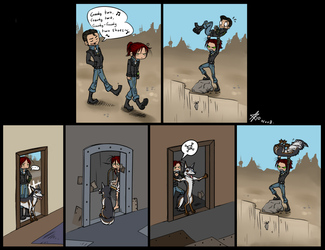 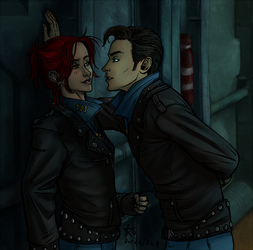 The continuation and conclusion. This one is less about annoyances, and more silly. I still haven't picked Fawkes as a follower, but others have assured me he blocks doors as well as Dogmeat. Dimi's unable to deal with him like the rest however. fake!RIP.

In my game play, I'm sure you can guess which option I picked when it came to Megaton's fate x3c. As for the tweezers, Moira had some... unfortunate skin shading in my PS3 game.