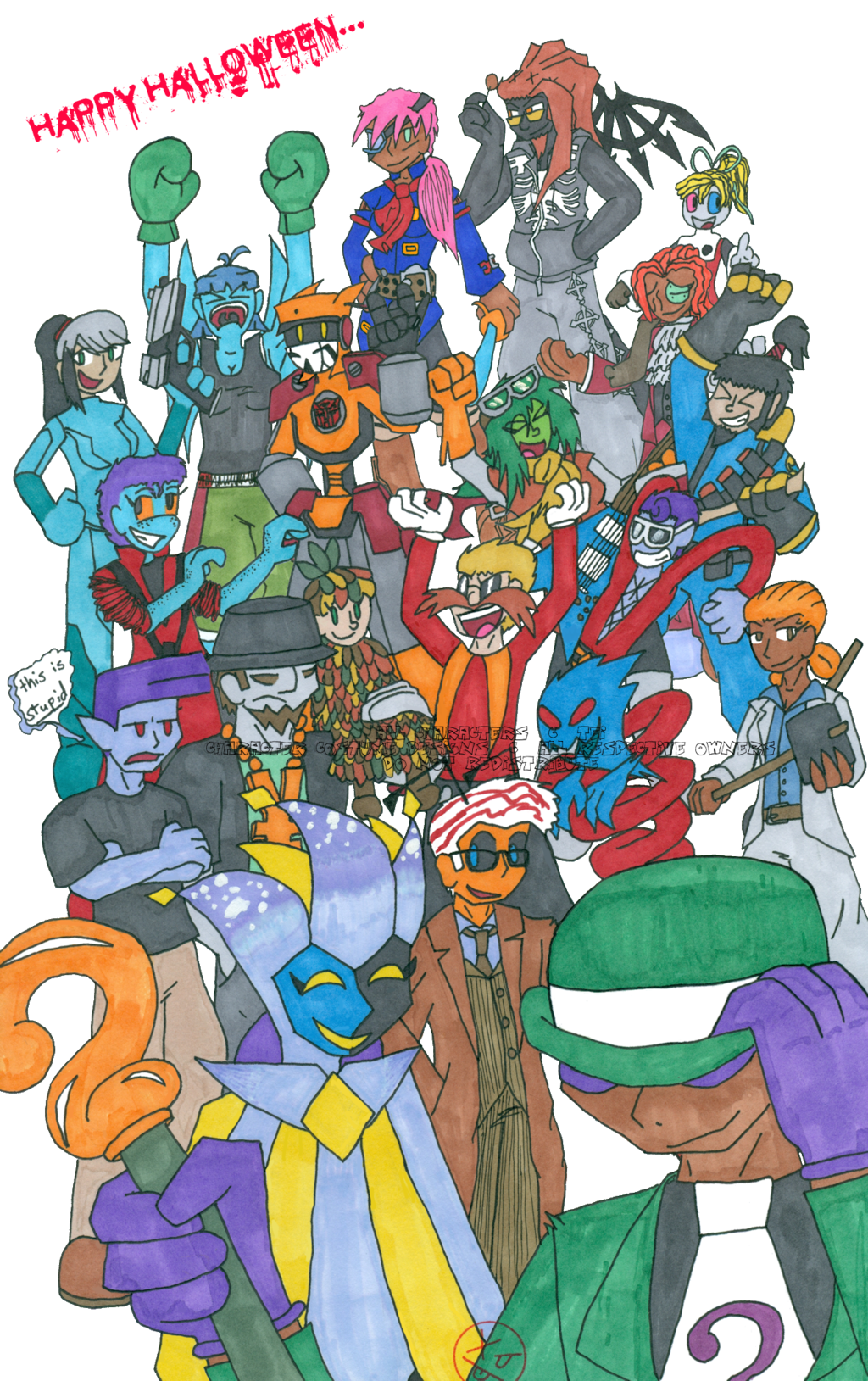 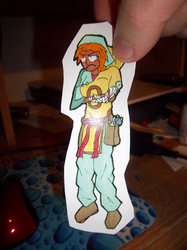 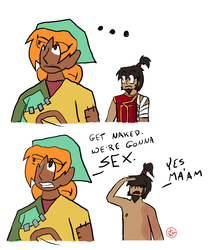 Another picture that's kind of a dinosaur, here's a picture I did for Halloween in 2010. This was before I started designing my recent wave of Pokemorphs and Dox, which is why they're absent. And much like all of the pre-2013 art I'm posting on Weasyl, I really am fond of it - even if it looks kind of ugly now.

I haven't done a big halloween picture like this since, and I have an idea of what I'll put together this year. Anyway, the deets:

Bottom row:
Tammy as Dimentio from Super Paper Mario
Tobias as the Tenth Doctor from Doctor Who
Broadcast as the Riddler from Batman

2nd row:
Joe as Mike Warner from It's Walky!/Shortpacked!/Dumbing of Age
V2 as Combo from Jet Grind Radio
Router as Haunter from Pokemon
Pestle as Nick from Left 4 Dead 2

3rd row:
Sarah as Michael Jackson in Thriller gear
Fuzz as a Deku Scrub from Legend of Zelda
Gigawatt as old-school Dr. Robotnik from Sonic the Hedgehog
Cesar as Plastic Man

4th row:
Slots as Zero Suit Samus from Metroid
Graffitiman as Wreck-Gar from Transformers Animated
Allie as Haruko from FLCL
Ribbon as Miles Edgeworth from Ace Attorney
Spatula as Pyro from Team Fortress 2

Top row:
Raph as Little Mac
Captain Pannekoeken as Vyse from Skies of Arcadia
Mellow714 as Kariya from The World Ends With You
Button as Roll from Megaman (MM8 design)

In hindsight, a much more fitting costume for Raph would have been Doctor Insano, but at the time I'd drawn this picture, I was only barely familiar with Spoony and the Insano character. There IS some logic with her dressed up as Little Mac, though: her weapons of choice in direct combat is a set of massive, mechanized gloves.