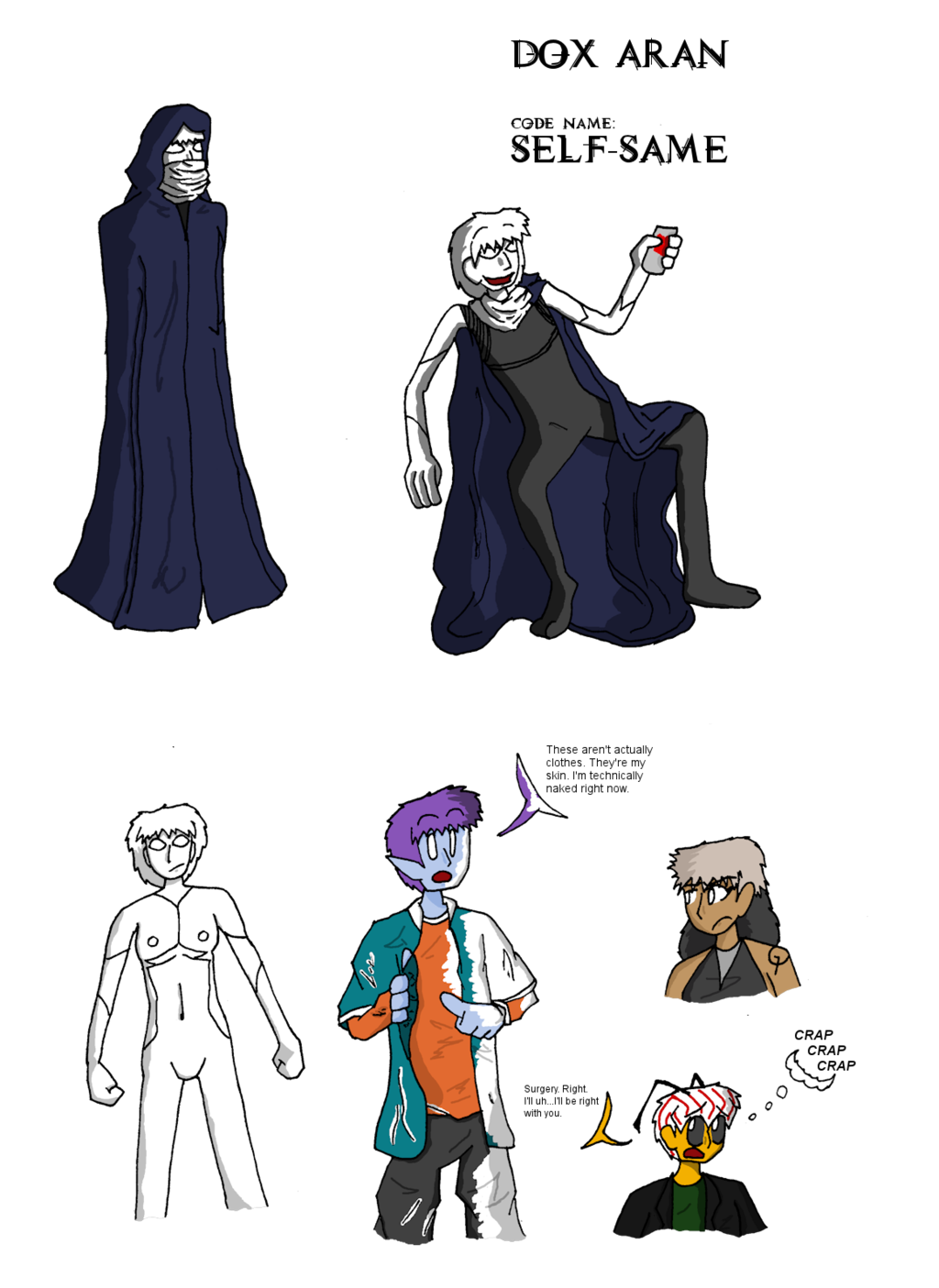 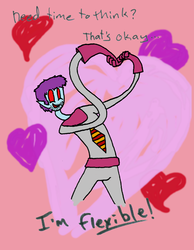 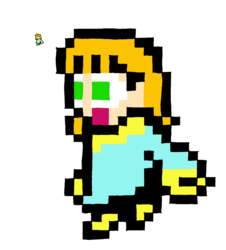 Dox Aran is a member of the heroes-for-hire team known as the Impossibles. Born without a defined gender, pigmented skin and pigmented hair, Aran instead has a natural affinity for changing shape, allowing it to assume the form of anybody it meets.

These powers are not without limitations, however. Aran doesn’t obtain the memories or mentality of the person it’s mimicking; if it hasn’t heard its target of choice speak, it is unable to replicate his or her voice; and although it will have access to the sleights its target has (providing they have them at all), it lacks the training to wield them properly. Finally, and perhaps the most damning: no matter what form Aran assumes, it isn’t capable of changing its eye pigmentation. This makes espionage almost impossible, unless wearing some sort of item to obscure them. It is undergoing training to attempt to address the issue.

Like the lore above says, Dox is a shape-shifting inhuman born without a gender - hence the gender-neutral body frame. When it transforms, it is capable of adopting the sex of its target. I’m not sure if it can change its own sex without transforming into somebody else, though. Something to think about.

Dox started out as a Ditto Pokemorph (hence the shape-changing ability) with a heap of psychological disorders. It eventually turned into a Deadpool homage/rip-off that I wasn’t too fond of, and the other day I was inspired by a Dungeons & Dragons character of mine (a changeling) to recreate Dox as you see it now.

It’s a member of the Impossibles alongside Tammy, Sarah and Cesar, and is currently Cesar’s love interest. In battle it wears a cloak and scarf (primarily to intimidate), and when it’s time to cut loose, it sheds both to reveal a black, skintight outfit beneath. I think. I’m not sure if I should do that, or just have it be naked beneath the cloak to enable it to transform without having to shuck the thing. Maybe it’s its downtime outfit.

As a kid, it was mocked and shunned for being neither a boy nor a girl, a trend that continued up through its high school days. Dox kept everybody at arm’s length, not allowing itself to get too close to anybody. When its sleights began to manifest, though, it started exacting mean-spirited revenge on any who mocked it, further isolating it from its peers. It’s spent most of its adult life living with that mindset, but being surrounded by three boisterous and friendly co-workers and (dare I say it) friends has eased it out of its shell somewhat.

Fun fact that I just think is kinda nifty, when Dox transforms, it takes shape first, then adopts color.

(In that second picture, Dox is supposed to be sitting on a chair with the cloak draped over it, but the cloak obscured it soooo >_>)