The Emerald Mage (Teaser) by Poetigress 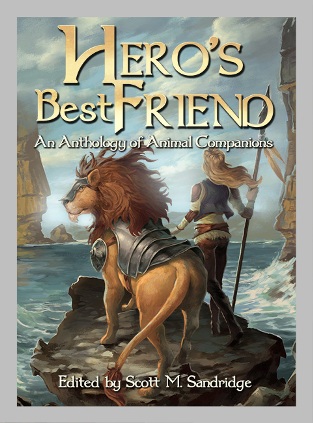 We snowcats may be born for swirling blizzards and icy cliffs, but for myself, I'll take a cozy cottage hearth any day. A bellyful of roast rabbit, a fire of crimson embers, the old rug covered with layer on layer of my gray-and-white fur -- that's comfort.

I was stretched out on that rug, dreaming of yellow butterflies, when the explosion woke me. There was no question where it had come from, and in a matter of seconds I'd already raced across the one-room cottage, shouldered open the door, and headed for Korrinth's workroom. It was actually larger than the cottage, with the same rough shutters and thatched roof. All looked well outside, and there was no smoke pouring out from anywhere, so I hoped those were good signs.

Inside, Korrinth's chair was knocked over and his worktable covered with shards of pottery, but the oil lamp was still upright, and thankfully so was the mage himself. His complexion looked a little gray, but then I realized it was just the powdery ash of whatever he'd been mixing. His curly white beard was singed and his eyebrows were gone, but otherwise he looked all right.

His cloudy green eyes focused on me. "Hurt? Why would I... No, my boy, I'm perfectly fine. Just..." He looked at the shambles on the worktable as if someone else had put the mess there. "Something... didn't work right."

I took the back of his chair in my teeth and managed to get it upright. "Here. Sit down and rest a minute."

It was hard to tell if anything else in the room had been damaged. I remembered the days when everything was neatly labeled and stored away on the shelves and in the cupboards. Now half the clay jars had faded labels, bundles of herbs were lying around in piles, and stacks of books teetered next to stale bread crusts and teacups with dried leaves stuck inside.

I couldn't help wondering if the wizard's mind now looked much the same way.

I turned back to Korrinth. "I was thinking... It looks like it might rain tomorrow. Maybe we should send a message to the council and stay home this year. It's such a long journey for bad weather."

"Stay home? Nonsense! We have to be there."

"Oh, now, you said yourself last year it was just an excuse for all the high mages to get together and show off and bicker about nothing."

"Did I? Well. It's still important. I'm the emerald mage, after all. Can't have any empty chairs." His eyes lit suddenly. "Oh--I almost forgot. I have to make the tonic for Myomé's companion." He stood. "Now... Where did I put the flameroot..."

So that's what he'd been doing. As he rummaged through the cupboards, I sniffed the remains of the bowl. Sparkweed instead of flameroot. No wonder it had gone up. We were lucky it hadn't taken the roof off. Or his head.

It was my fault, really, dozing at the fire instead of keeping an eye on him, knowing his mind wandered too much anymore for him to be safe working alone. I looked through his recipe book, as he called it, until I found the right one, and we gathered the ingredients together.

Korrinth picked up a jar, squinted at the label, put it back, and picked up another. The clay lids rattled as his hands shook. "Oh--"

I glanced up just in time to see the jar fall. Before it hit the packed floor, I seized the jar with my mind, slowed its descent, and righted it so that it came to rest without breaking.

Korrinth gazed at it a moment, obviously puzzled, then picked it up and went on. I turned back to the recipe book, trying not to pant with the sudden exertion, the pads of my paws slick with sweat. He wouldn't put it together. Maybe he'd think he did it himself by instinct. I hated keeping secrets from him, but like so many things these days, it was for his own good.

The snowcat Jiro has been the mage's companion for years, but things are starting to change...

The opening of my short story "The Emerald Mage," recently published in Hero's Best Friend: An Anthology of Animal Companions, published by Seventh Star Press and available in ebook and print versions from Amazon and Barnes and Noble.

Incidentally, if anyone knows how to get Markdown to show extra blank lines (the way I have it formatted at FA, with extra lines after my name and before the copyright notice), please drop me a line. >^_^<