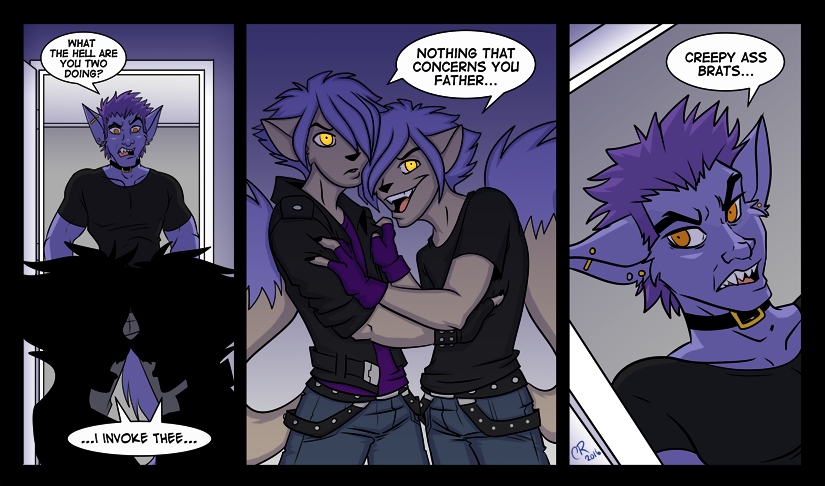 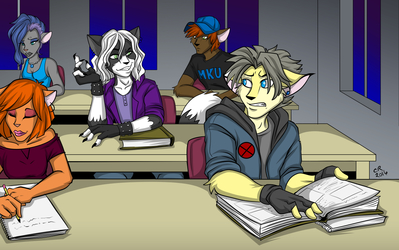 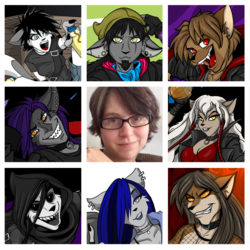 Felony was awesome to do the colors for this :3

I had to doodle something out after watching an anime with a set of twins. So I drew mine and Fel's creepy twins. I've never actually drawn these two. Cerin and Colby are two demon twins, that were born from Veronica and Kyle. Kyle doesn't exactly get along with his twins, But that was his fault. He wasn't there for them while they grew up. Leaving Veronica to raise them on her own. Anyways Cerin and Colby often refer to themselves as one person.