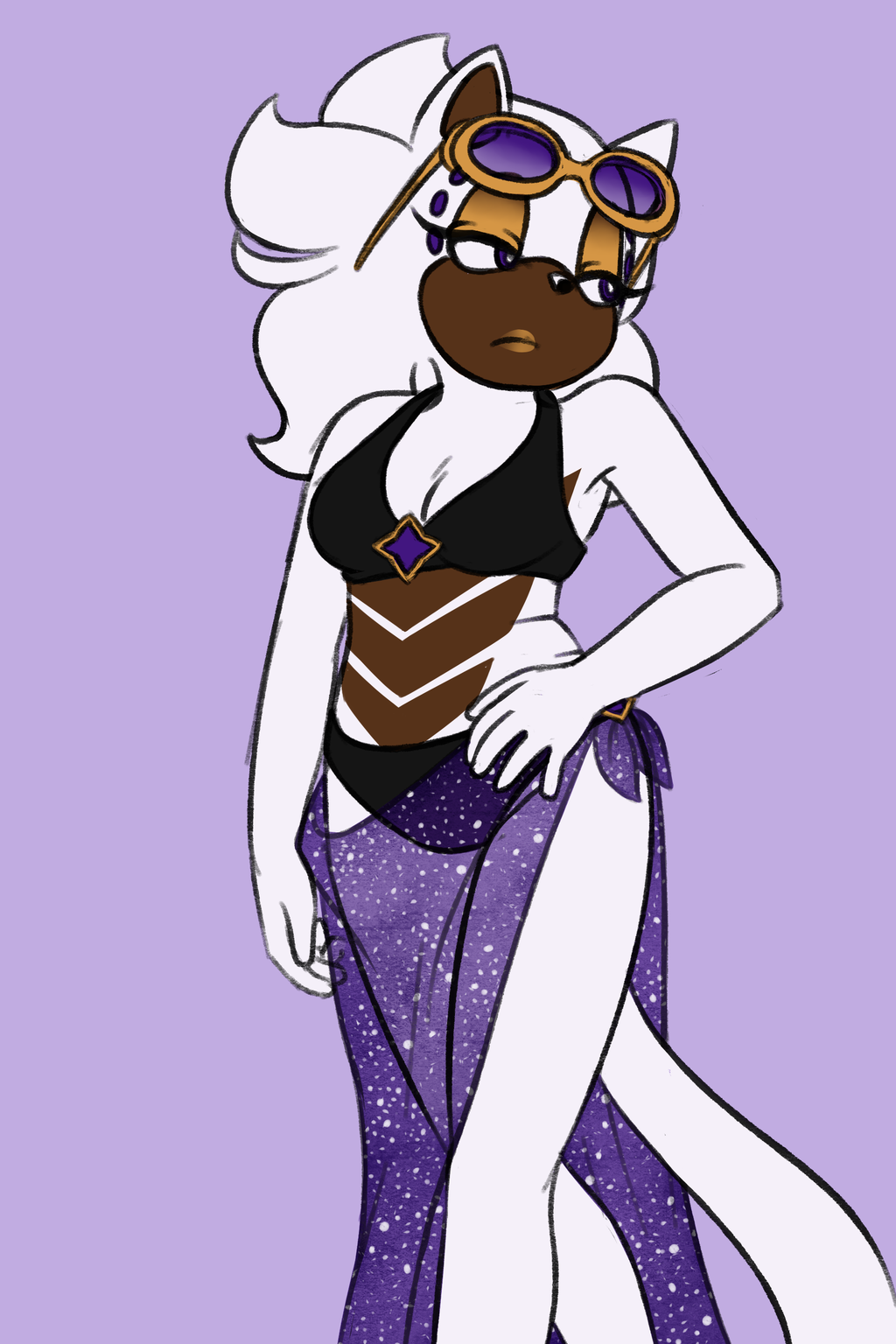 Sorry I haven't been around, I've been really burned out lately and feeling down about job hunting again. I redesigned Andromeda lately, now she looks much better. (I'll be uploading some more NSFW when I feel I have enough for a dump, a lot of it is HoboTemp though so it won't be your usual Sonadow.) Here's a run down of her character.

Andromeda is basically that one person who's super into new age but her brand of it is 100% real. She's a travelling fortune teller who also takes care of the mostly weirder jobs (ie dealing with the supernatural) but could also be called a treasure hunter. She uses whatever tool of the trade she can -- crystals, tarot, witchcraft, old lore, etc -- however she is not particularly psychic as she's only a claircognizant (inner knowing, often presents as "gut feelings").

While she's a quiet and curious girl she's the kind of nice person you don't want to piss off. She also has a deadpan sense of humor. She embraces all, seeking knowledge where possible and wanting to experience all that she can. She also has the same attitude towards love as she's pansexual. She can be a very good judge of character due to her craft but often her curiosity gets the better of her. If you start seeing her staring at someone for an uncomfortable amount of time, be concerned.

Though she uses the tools of her trade to do her work she also has her own magic, being the next in a long line of witches. Her powers can be very versatile but their common ability is psychokinesis. They can also be elemental. Her magic often works by drawing whichever symbols necessary with the energy but when required to she can use specific chants instead. While using these powers her eyes and the spots beside them glow, along with her hand or index finger and whatever the target for the psychokinesis is.

Buy Me a Coffee
Want something specific? Get a commission!