Cats of August 5 by Pignog 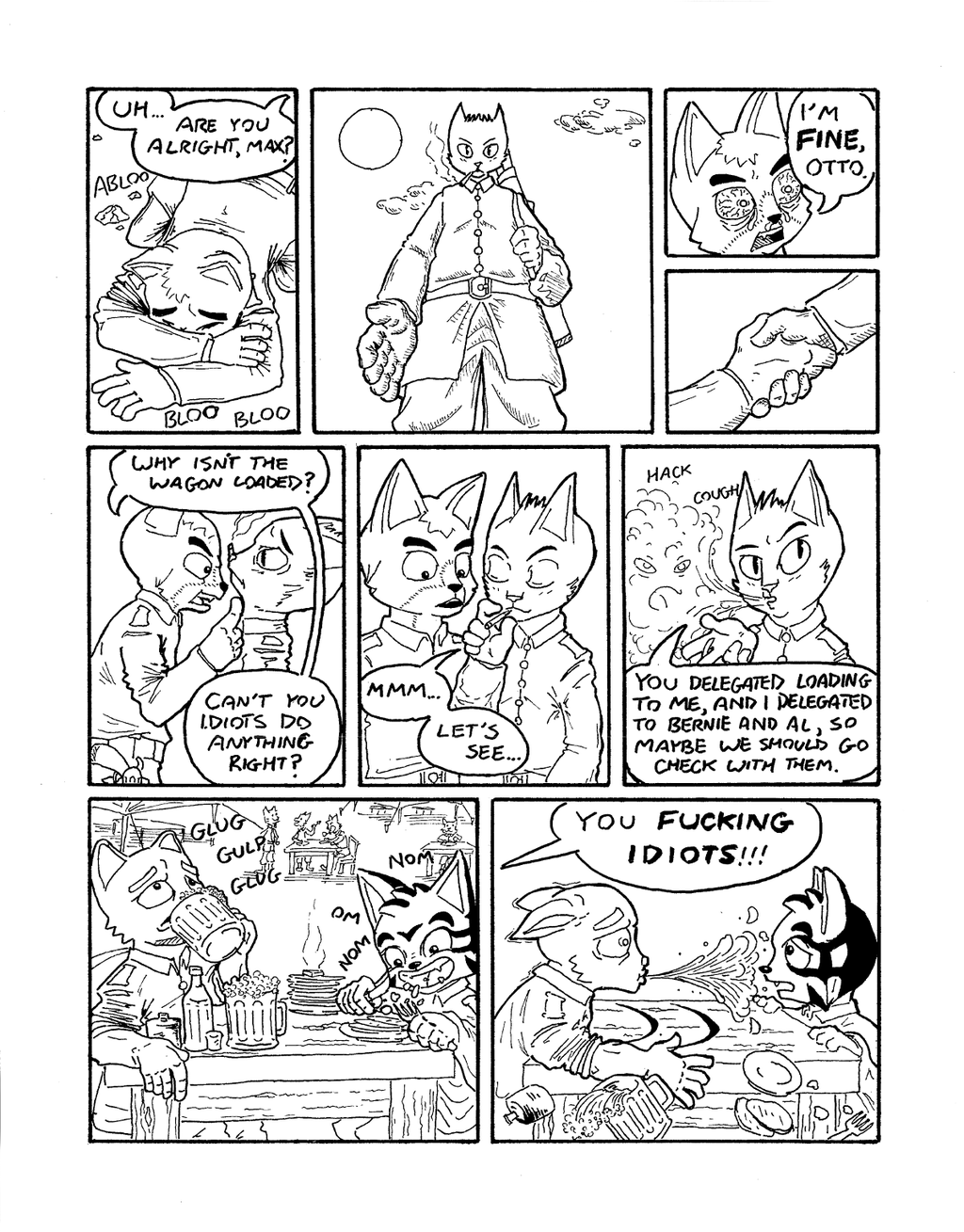 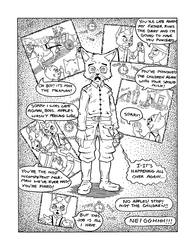 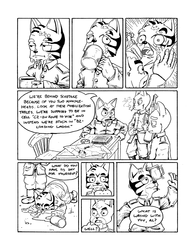 So we have one of the main characters, Maximilian. Since one of these pages dives into his past, this post will look at a bit of Germany’s past in the lead-up to 1914 (great fucking transition here). I know I said a few posts ago that I wouldn’t tackle the origins of the war, but it’s interesting and important for understanding the world in 1914, so why not?

Germany in 1914 was a young country; before 1871 the territory we call Germany was actually a number of independent states. An alliance between these states, led by the Prussian king Wilhelm I and his chancellor Otto von Bismarck, formed to meet a threat from the Second French Empire of Napoleon III  in 1870 (the crisis had been orchestrated by Bismarck). The German confederation handily defeated France through faster mobilization, superior training and the use of new technology (railroads and artillery). At the Battle of Sedan, Napoleon III was captured, and a few days later the French Third Republic was declared. The new government continued the war for a few more months, but was eventually defeated by Germany. The princes of the German confederation met in the Hall of Mirrors at Versailles to crown Wilhelm I as emperor (kaiser) of a unified Germany. There’s an amazing painting done by Anton Werner of the event called The Proclamation of the German Empire. You can see it here:

So why is any of this important? It happened over 40 years before the Great War, so who cares? First, the victory and unification catapulted Bismarck and Germany into a dominant political position on the continent. This upset the balance of power in Europe, and Britain began to worry about Germany as a rising industrial power. But not just because it was a rising industrial power. Germany was still dominated by Prussia and its nobles (junkers)–a social class that with strong militaristic tendencies. And although the German parliament (reichstag) gained power over the next few decades and claimed to represent the will of the German people, power was still concentrated among the aristocracy, with ultimate decision-making in military matters being held by the emperor. Second, France’s defeat and the loss of two of its territories, Alsace and Lorraine, remained a sore spot for the nation. This fueled militaristic and nationalistic tendencies (topics for another post) among the French. These trends didn’t directly lead to the war in 1914, but they did help set the stage and constrain decision-makers during the 1914 July crisis.

These are all topics that could be expanded in future posts, but it was never a given that a general war would break out with France, Britain, and Russia on one side, and Germany, Austria-Hungary, and Turkey on the other. Before the war, France never really trusted Britain. Russia and Germany had a non-aggression pact until 1890. When France and Russia allied shortly afterwards, a panic started in Britain (which had fought in the Crimean war against Russia in 1853). Citizens worried that the French would secure the English channel and permit the Russians to storm their island with a horde of soldiers.  Officials and citizens alike in both Britain and Germany often expressed respect for one another’s achievements and culture. The point I’ve tried to make is the First World War was not inevitable. Or, to use the concluding remarks in The War that Ended Peace:

“…if we want to point fingers from the twenty-first century we can accuse those who took Europe into war of two things. First, a failure of imagination in not seeing how destructive such a conflict would be and second, their lack of courage to stand up to those who said there was no choice left but to go to war. There are always choices.” – Margaret MacMillan