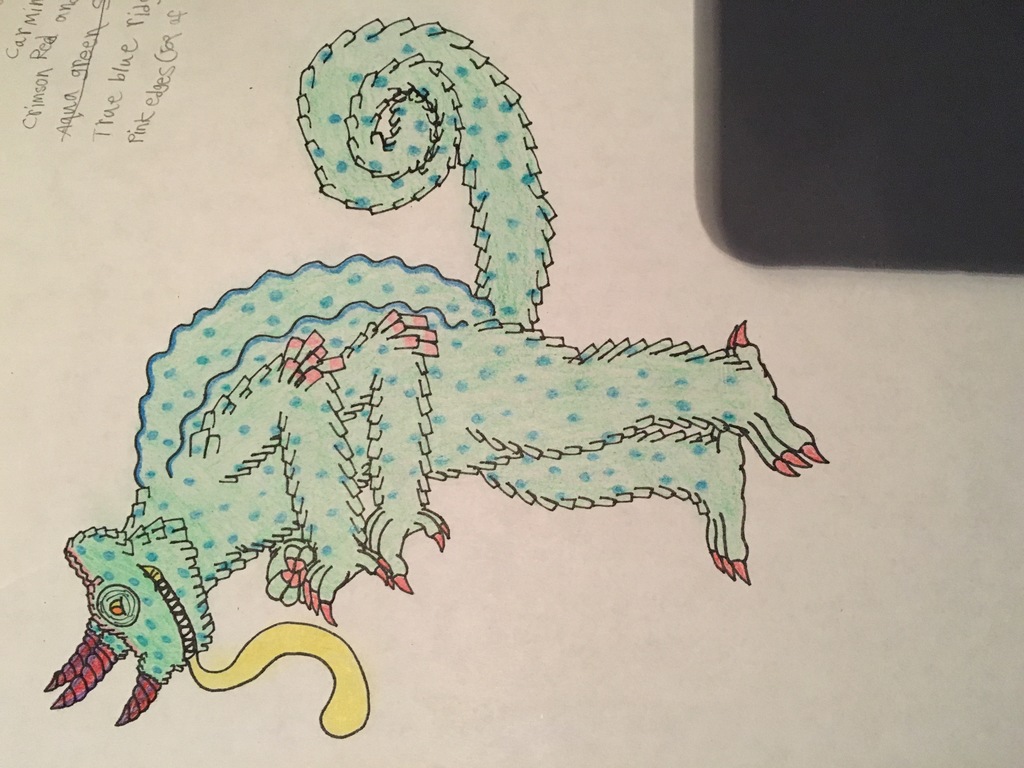 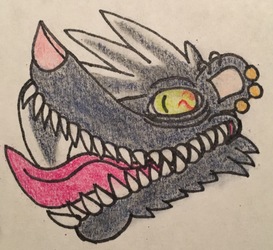 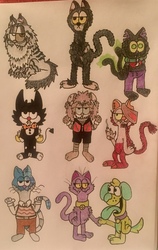 Anyway, I drew this way back in 2015 and you can tell basing on the art skill at the time and how I took pics back then. I was inspired by rosemary-the-skunk because they have a Piñata Sergal oc by the name of Razzle. Which has a cute design and I wanted to make a piñata furry too. At the time I also wanted to make a chameleon oc as well so I decided to combine the two and made Smort, the Three-horned chameleon. They are a very upbeat and active person, exploring places and cheering others up. They work at their adoptive father's candy store Sweet Sensations with their best friend Daffodil. They enjoy singing and collecting pins in their spare time.

An important point I wanted to note is why now I decided to post them, you see I was looking for what I thought I made a post about Smort to change some info on them. Info that pertained to their voice sound. You see, the originally sounded like one of my close friends that I knew since high school. But recently I had to cut contact of said friend for personal reasons and it was painful. I needed to update their voice but then I realized that other things about them were based on him and now I am changing various things about them to make myself comfortable working on this character again. I love this design and I really like what I made and I don't want to loose that.

Sorry that was a bit personal there but I wanted to say it because that was a very important part of their character that was a part of them since their inception back in 2015. Hopefully I can draw them more eventually.