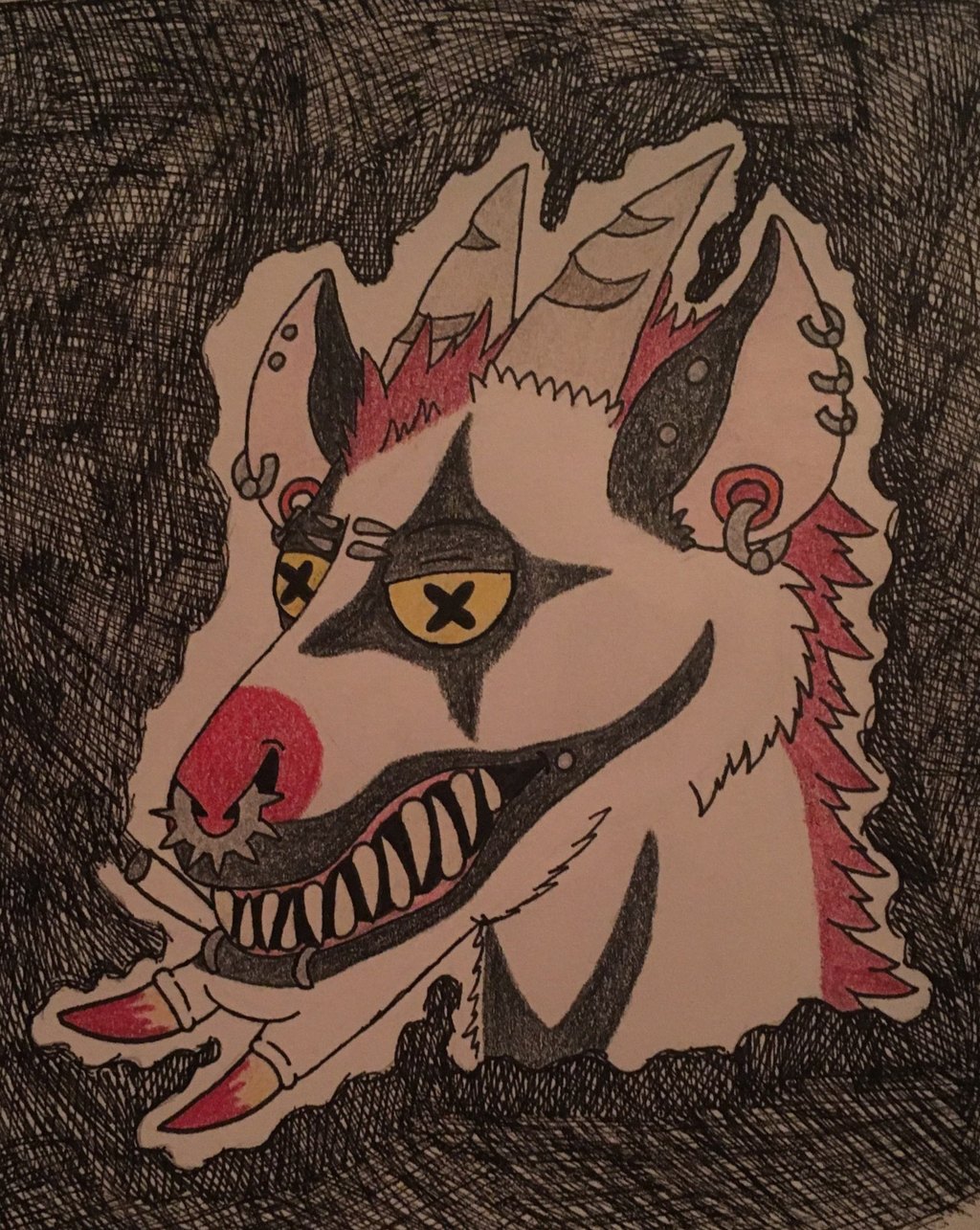 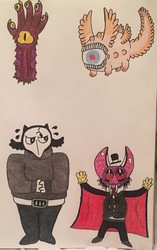 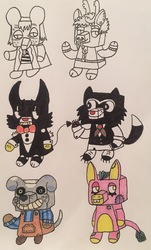 Originally posted on my art blog on July 22nd, 2018
So this was going to be the design of Octavia, who is part of a black metal band but I decided to change her into a viper fish. So for a awhile this design was pushed to the side until I saw a post about the Cave goat so now I;m bringing this design back for a different character.

This is Joe, he is a mutated Cave goat. You can tell he has genetic mutations by the weird tusks coming out of his chin (I was originally only looking at the skull as a ref), his weird eyes, and just what he looks like in general. He is a clown but looks more on the evil clown side and has horror based clown powers (so like the opposite of Wally). Yes, he listens to metal and ICP. He is good friends with Drexel, a juggalo opossum (who is the cousin of Rusty). They both love going to music shows and partying hard. Despite his pretty intimidating appearance, he is a pretty down to earth guy and likes making others happy.