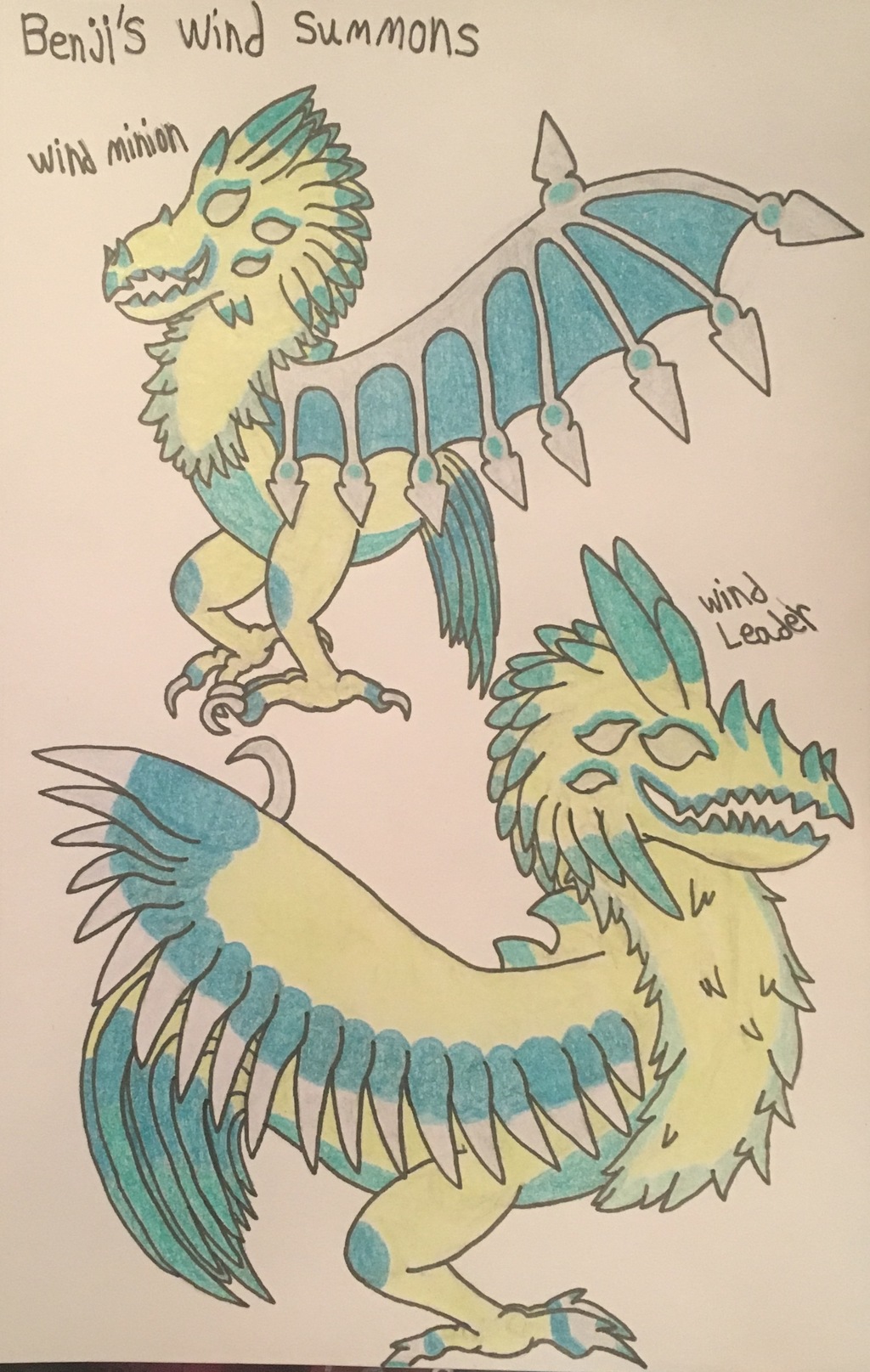 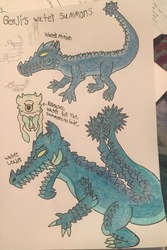 Originally posted on my art blog on February 20th, 2018
The wind summons were the hardest to design. Now, the leader is only slightly bigger than the minions (which you can’t really tell in the drawing) and the leader appears shortly after their minions’ numbers have increased. The minions tend to gang up on the enemy, circling around them doing tornado attacks, slashing them, pecking them, etc. When the enemy is underneath most of them the leader will fly in and join in the assault. The leader will try to harshly land on the enemy’s neck or back making sure they are either dead or can’t move. Peaking gleefully at the helpless enemy. The only draw back with the leader and minions is that they are what one would call a ‘glass cannon”, they hit hard but can’t take many hits. The other summons can take more hits than them. One good hit can take down a minion and a few good hits to the leader and the leader will go down as well. Benji doesn’t like summoning them much because of how cruel they are in battle.