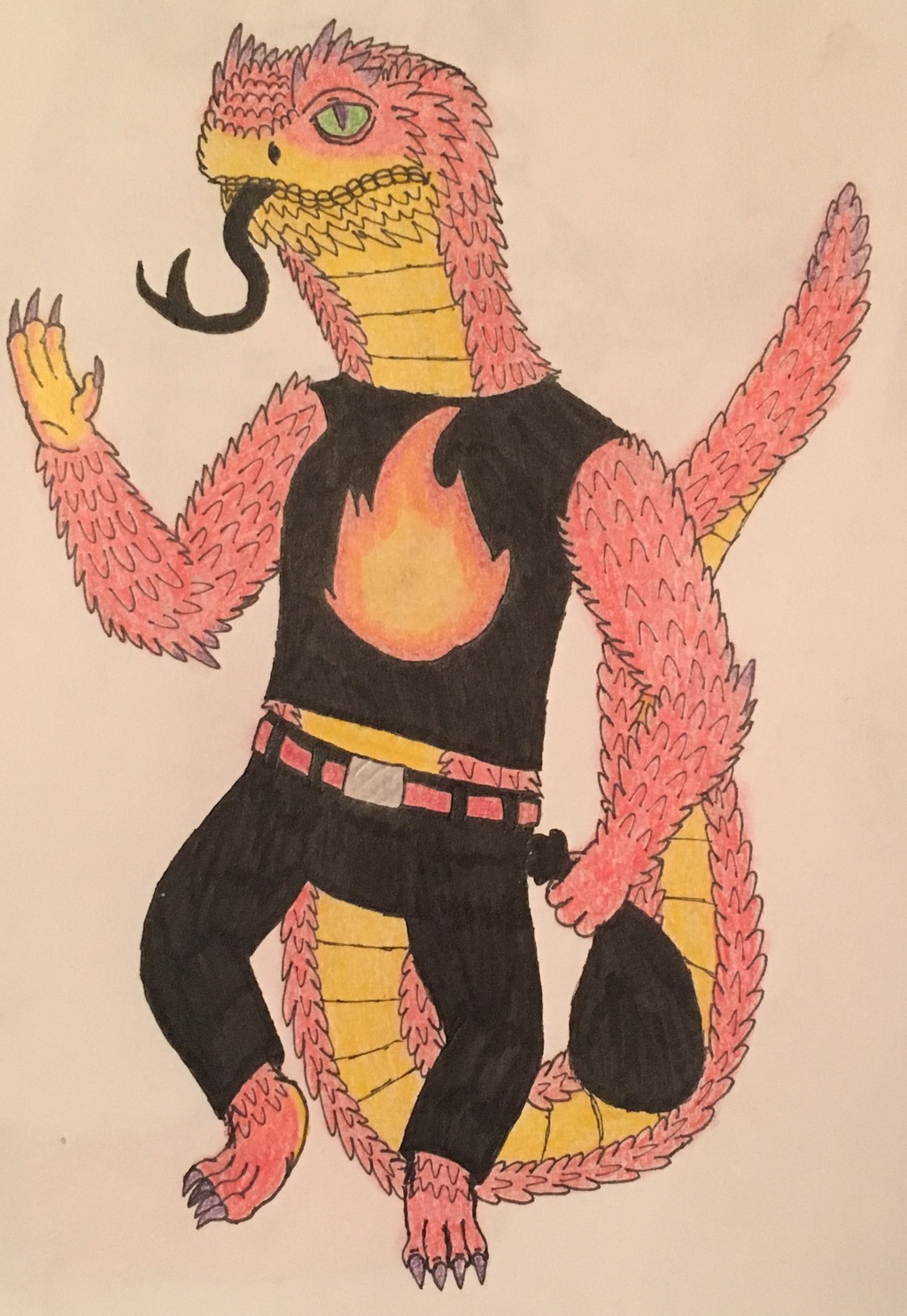 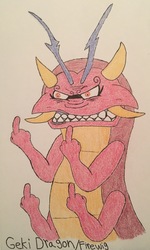 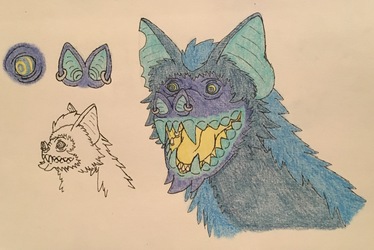 Originally posted on November 5th, 2016
So I finally got to drew Coraxon again (I never posted the first drawing I did of them here because I don’t like my first drawing of them) and I decided to update some things about them.

Coraxon is a demon who goes around doing jobs with other demons for payment. They are pretty distant and can be harsh and cold towards others. They don’t really like interacting with others unless they have to. They are only really ever nice to their partner, Karma (who is a manticore and I need to draw them more and post them on here). They feed off the negative energy of others and can teleport through shadows. They weren’t always a demon and were originally they were a black-footed ferret living a not so great life until something happened to them (I’ve still trying to figure out what happened to them that made them a demon) and they became this weird demon. He now has this Spiny Bush Viper outer body and the only remaining part of their original body is their head which hide’s/is a part of the inside of the outer body’s mouth.
I really do need to draw them again sometime an their inner mouth (I need to get better at that).