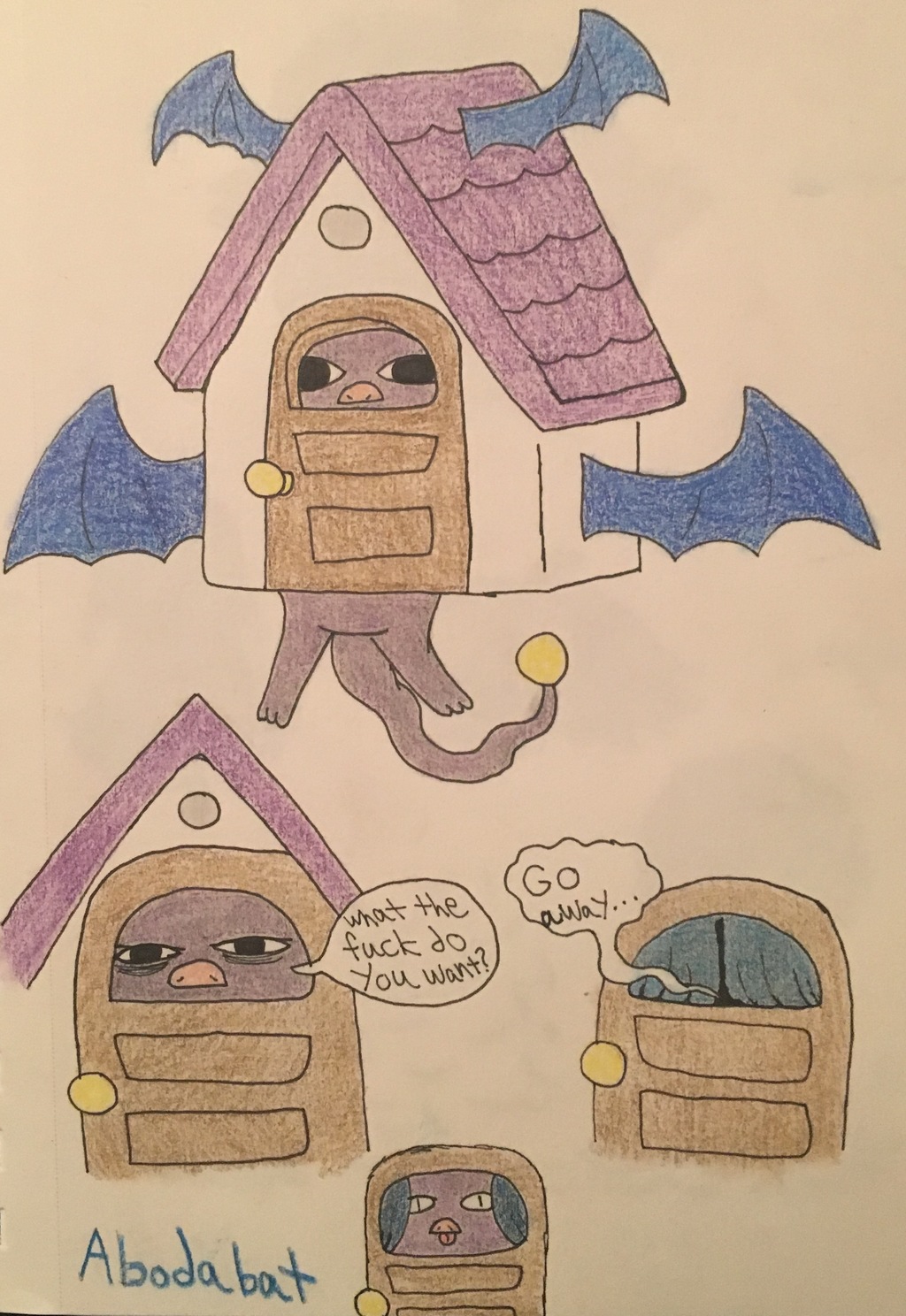 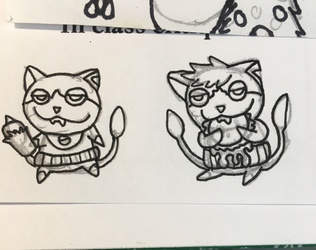 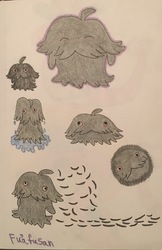 Originally posted on my art blog on September 6th, 2016
This was for the 6th day of the 30 day Yokai Watch drawing challenge where I had to draw my favorite Shady tribe yokai.
It was a bit tough choosing my favorite Shady yokai but I had to go with Abodabat. First of all their pre evolution, Hidabat, is adorable because A) they are a bat and B) their tired as shit eyes. Then when fused with Tengloom they become Abodabat which is just as adorable as Hidabat. I love the fact that their whole body combined with their house to the point that their loafing animation is all of their limb retracted inside the house and closing the curtains on the door’s window. I just find that hilarious. I think one of the other reasons I like their eyes is that they remind me of both Cat Soup’s characters’ eyes and how my friend, rotking, draws eyes as shown at the bottom with me trying to mimic it (also, I have no idea if Abodabat and Hidabat have mouths/tongues because as far as I know we don’t see them having one but I’ll make an exception).