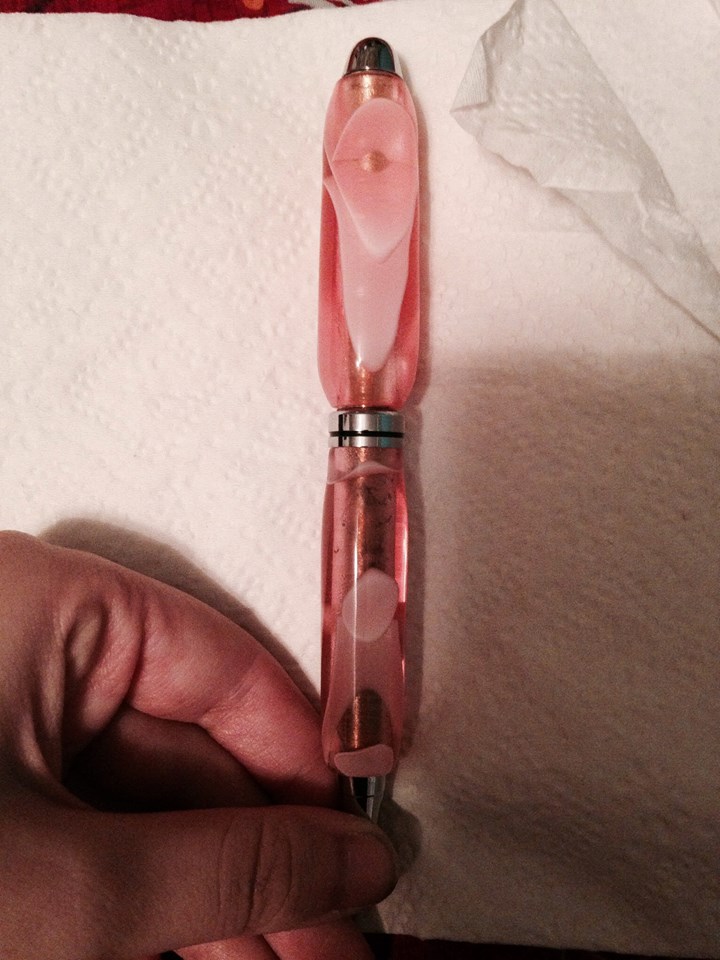 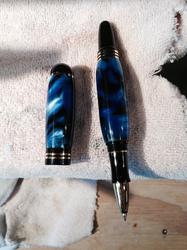 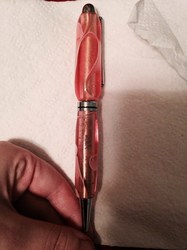 Originally posted on my art blog on May 19th, 2016
Back in December 2014 I made my grandma a pen as her Christmas gift. I chose light pink because that was her favorite color. Because I cut the blank deep it made the pen somewhat translucent so you can see the inside of the pen which I think is cool and it wasn’t the first pen that I did that’s translucent. She really loved the pen even though she didn’t write stuff anymore at that point because of her dementia. On May 12th 2015 she passed away in her sleep and I went over to visit and comfort my grandpa. We took a lot of her stuff so my grandpa wouldn’t have to see it (he was very emotional about her death and it was really gut wrenching). I took the pen with me and I still have it on display in my room next to my pasta pen and the first pen I made.