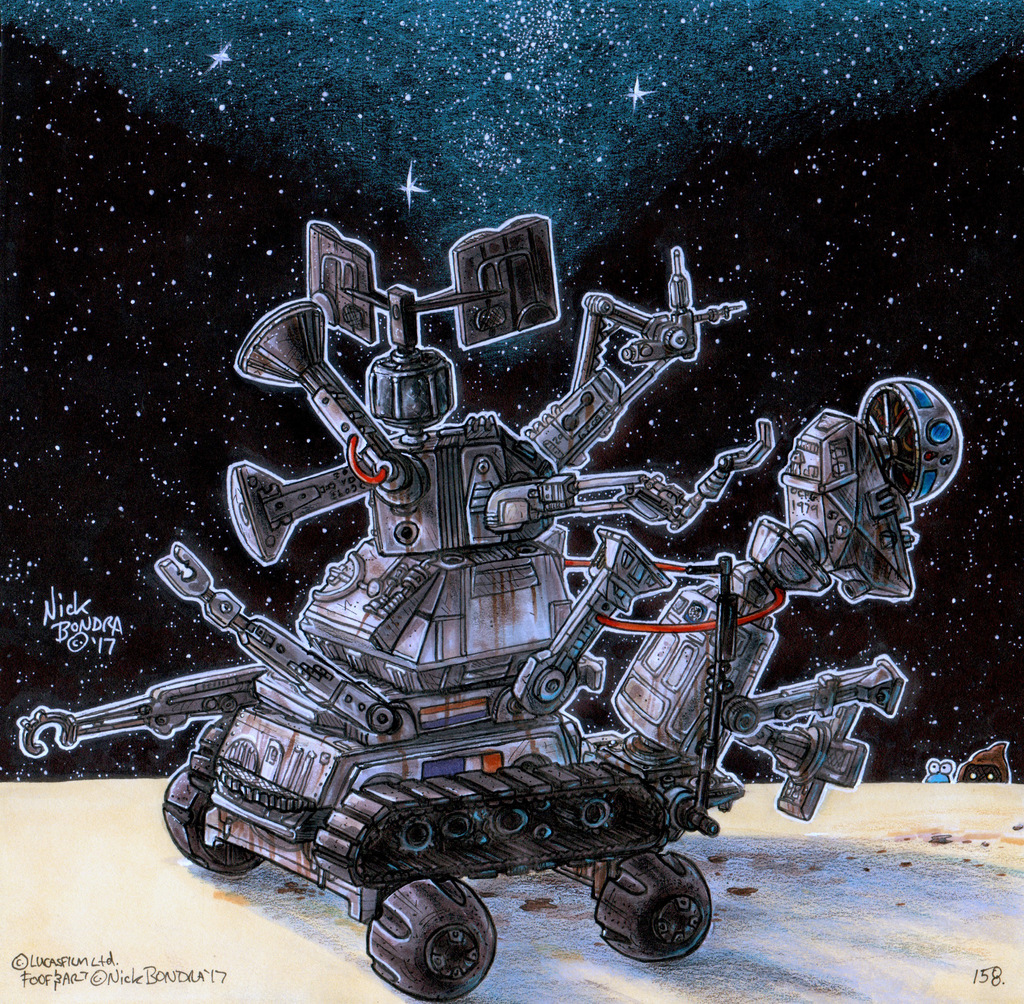 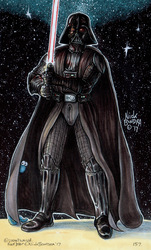 One of the best Christmases ever was the Christmas of 1979 when I got the Star Wars Droid Factory ( made by Kenner (( Long live Kenner! )). It came with a bunch of various droid pieces you could put together to make droids, kinda like Legos but less... blocky. Also included was an instruction booklet called the " Droid Maker Blueprints " which contained several droids one could make following step-by-step processes including a version of R2-D2 with his middle leg. ( Back then, the Droid Factory was the only way to get an R2 with a middle leg which rendered me a little bit cooler than other kids cuz I had one ). Anyway, one droid in the blueprints was called the " Monster Droid " which was pretty much made up from all of the pieces. Because I was like, 5 and the term " monster " still made me think of scary things, I was actually too intimidated to make the " Monster Droid " or even look at the picture for too long. But, 367 years later, I've decided to draw it. Here it is! * points to where ever it appears one your screen * ( I added all the oil streaks & weathering & stuff although the pieces were pretty detailed on their own ).