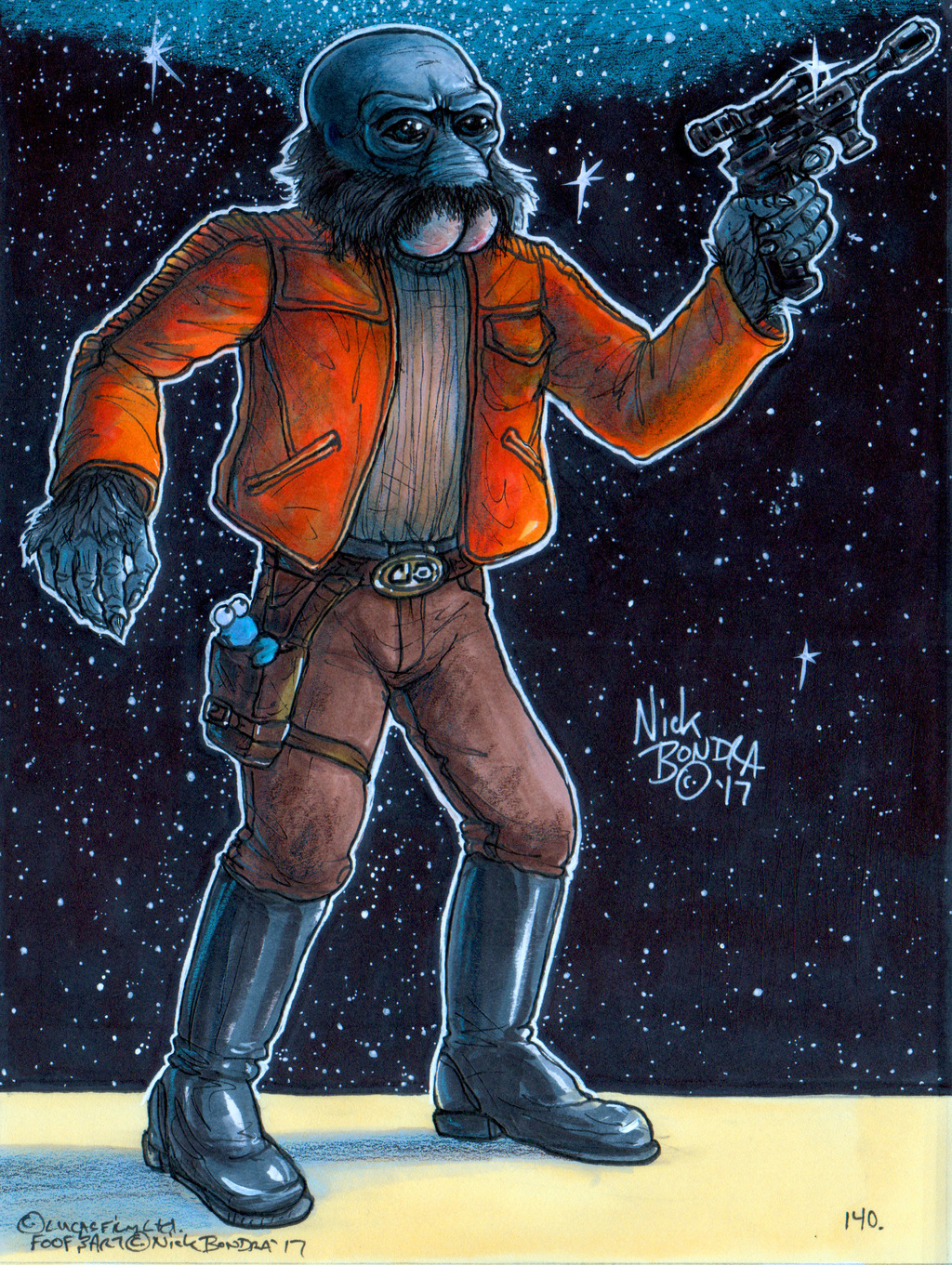 Ponda Baba was, and might still be, an aqualish thug who has a butt for a mouth and tried to show Luke Skywalker who's who and what's what in the cantina in Mos Eisley on Tatooine, ( in the original Star Wars ) before Obi-Wan ( Ben ) Kenobi brutally cut of Ponda's arm ( with a chainsaw!!!! ) because he couldn't understand what he, ( Ponda Baba ), was saying. Ponda Baba's " friend ", Dr. Evazan just laughed and laughed and laughed but later, tried to re-attach Mr. Baba's arm but failed for some stupid reason... at least, according to some nerd. ( I didn't make any of this up ). Before all that happened, Ponda Baba had a cameo in the hit movie, " Rogue One, A Star Wars Story " where he totally hammed up his cameo by being a ham with a butt for a mouth. People to this day still ask for Ponda's autograph but, sadly, he can't sign... anything anymore cuz Obi-wan ( Ben ) Kenobi cut off his writing arm which had his writing hand attached to it. Such a tragic tale. ( 10 likes = 10 prayers ).