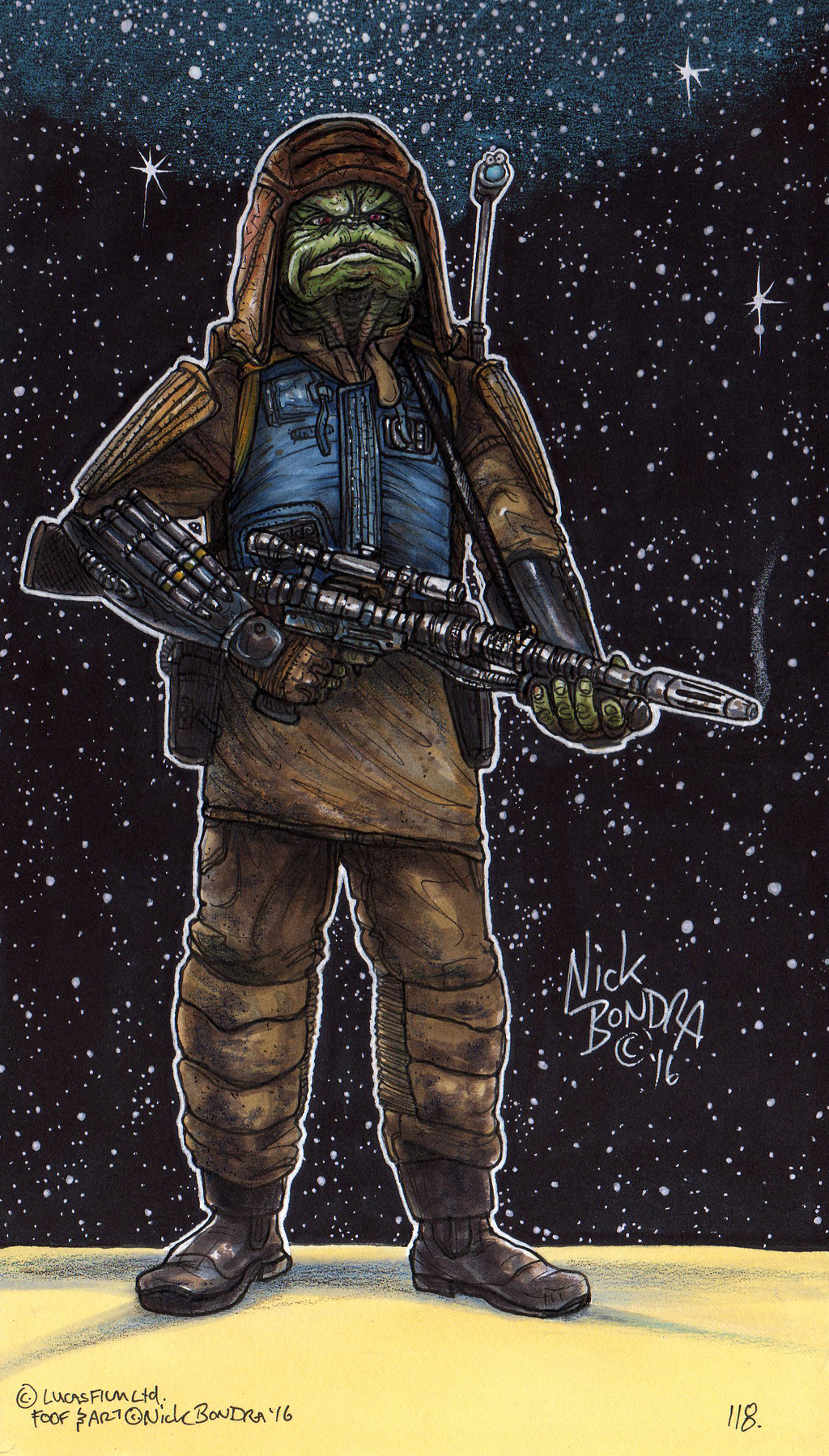 This is Pao, one of the Rebel commandos from " Star Wars, Rogue One " and of course, one of my favorite characters from the movie... cuz I always tend to like the dumb alien things * waves at Jar Jar * . His full name is actually really long and unpronounceable so they just call him Pao ( which is pronounced " Pow " by the way ). He's sort of known for having a big mouth, not in the sense that he talks too much or too loudly but in the sense that his mouth is really big in size. The action figure has red eyes but in the movie, his eyes really are difficult to see. I sorta think that Hasbro might have mixed up his eye color with that of Bistan, the space monkey gunner. I thought about darkening his eyes but I kinda liked the red. So, they're red. Perhaps I can make it official right now. * ahem * LUCASFILM! MICKEY! I SO DECREE THAT PAO'S EYES ARE RED! * GONG! * ... cuz he smokes the pot. * gong * Enjoy.