The Grand Inquisitor by Phraggle 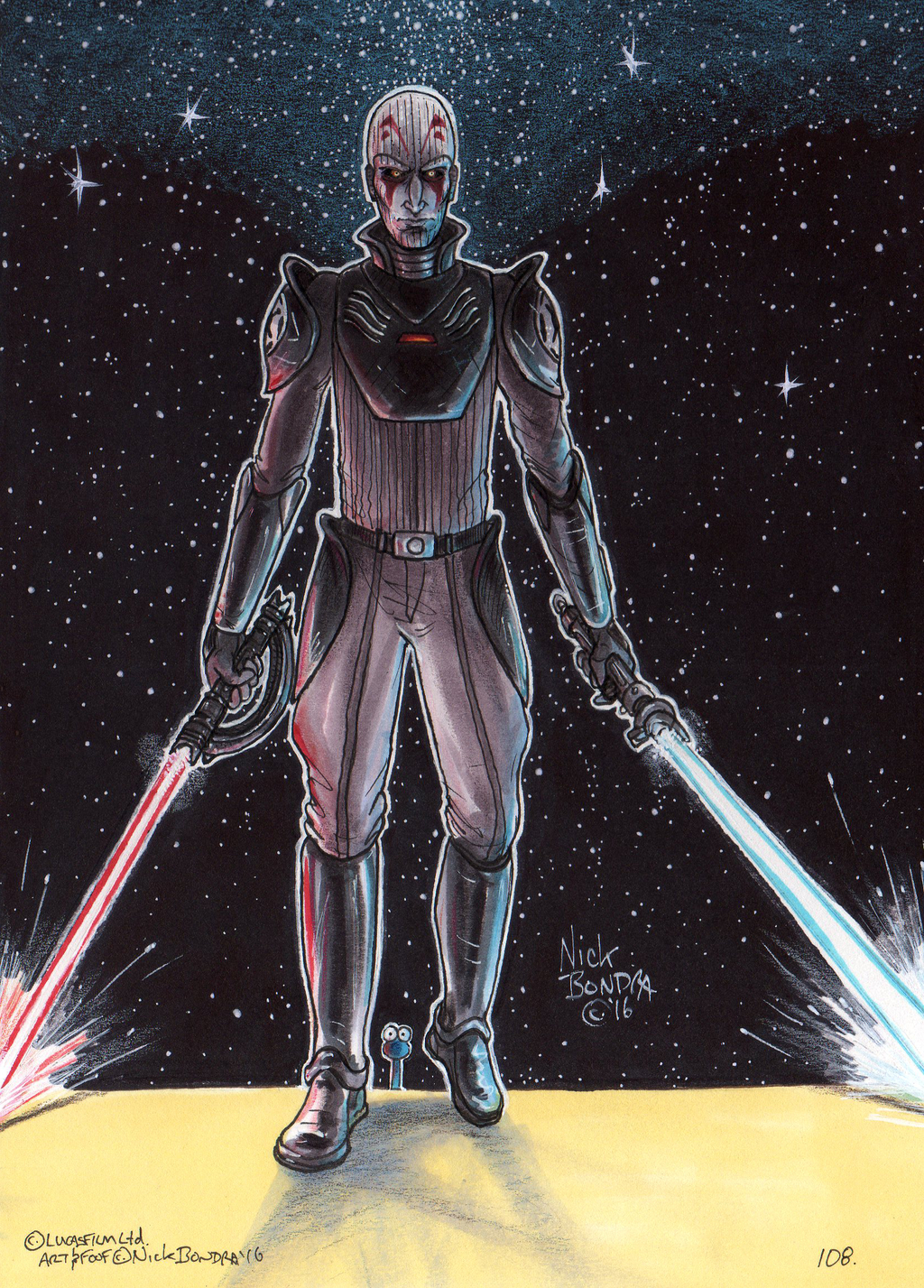 Here's the Grand Inquisitor from the first season of " Star Wars, Rebels ". I didn't draw his teeth but if I had, you may see why I sorta think he looks like an ear-less bunny... with a sock over his head. I was skeptical about his existence in general at first but they made it work on the show. He's got his own and Kanan Jarrus' lightsaber in this pic which is based on a scene from an episode right before Ezra Bridger, Kanan's apprentice and/or Padawan, unintentionally taps into the Dark Side of the Force. Ooooh! Ahhhh!