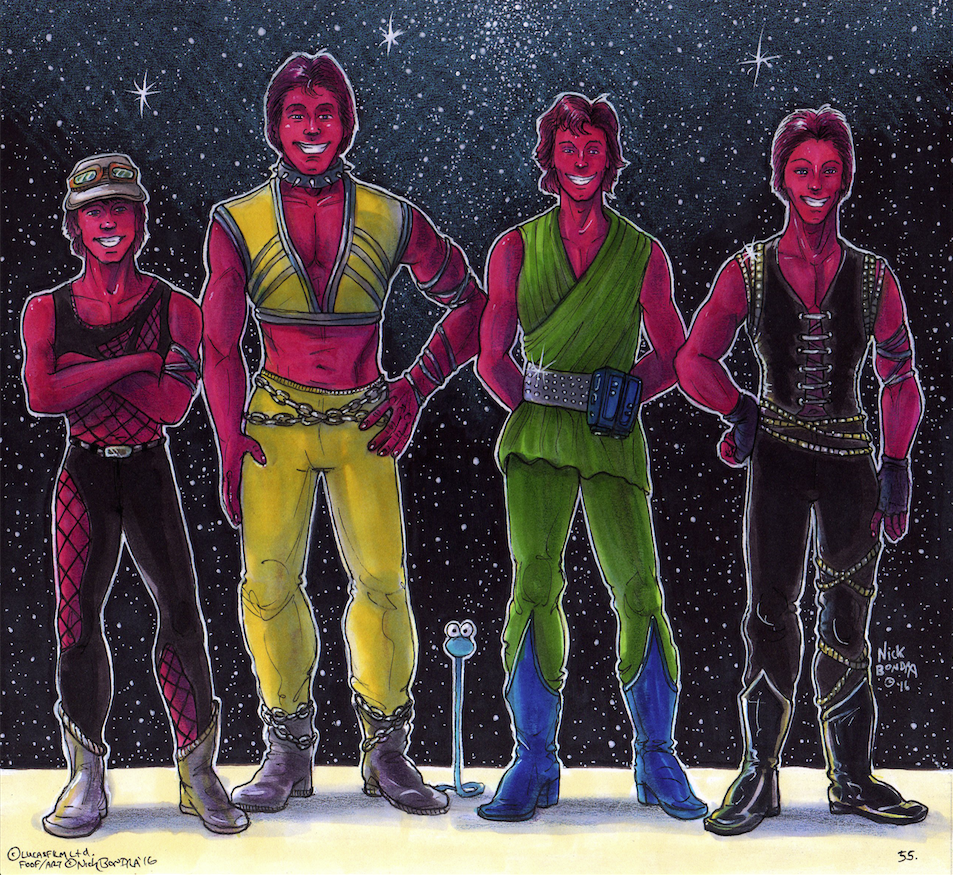 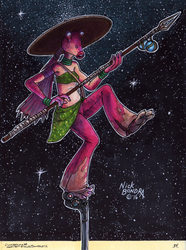 First off, yes, these are Star Wars characters. They appeared near the end of the original Marvel Comics version of Star Wars in the mid-80s. ( Issue #95 ). They're of a race of magenta-skinned near-humans called Zeltrons... mostly known for their... fun-lovingness. These four, Rahuhl, Marruc, Bahb and Jahn volunteered to be Princess Leia's Zeltron attaché when she was doing some sort of negotiations with the Zeltron government. Leia wasn't fond of Zeltrons at all at first but learned to tolerate their company. My first thought when I saw these guys was they looked like the Star Wars version of Menudo.

The original Marvel Comics Star Wars series began heading into an interesting and strange direction near then end of it's run. I kinda liked it but the series ended in '86 and Star Wars kinda took a dip underground for a few years until the early 90s I think. I only just recently read the entire series as I only owned 3 issues back in the day. :-)