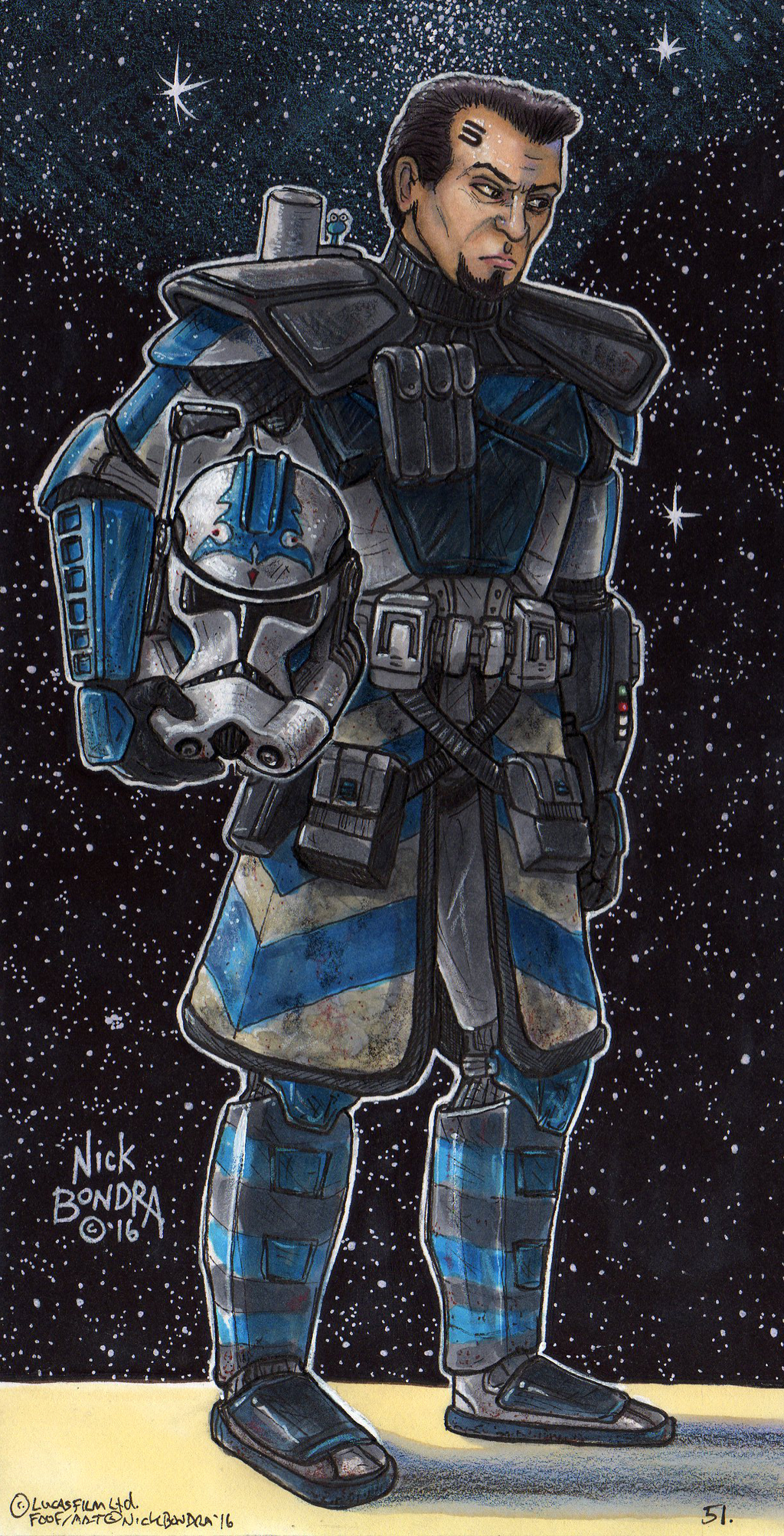 Here's Fives, prolly the best clone trooper, & my personal favorite, from " Star Wars, The Clone Wars ". His umm... clone number/name is CT-27-5555 which is why he became known as Fives... cuz there's lotsa fives in his ... number/name. Fives also became an ARC trooper which means, Advanced Recon Commando. Fives is cool because his character spans all 6 seasons of the Clone Wars and we get to see his progression from " shiny " to ARC trooper. In the canceled 6th season, which became known as the " Lost Missions ", Fives was the clone that got stuck in the middle of the whole mystery of " Order 66 ", which was the code that the Emperor enabled that caused most of the clones to turn and kill the Jedi in " Revenge of the Sith ". Fives' pal, Tup, had a malfunctioning " Order 66 " chip in his head and well, that's why Fives got in the middle of all that rigamarole. ( Hole crap! Spellcheck liked my spelling of rigamarole! I feel like... popular or something!!!! :D ).