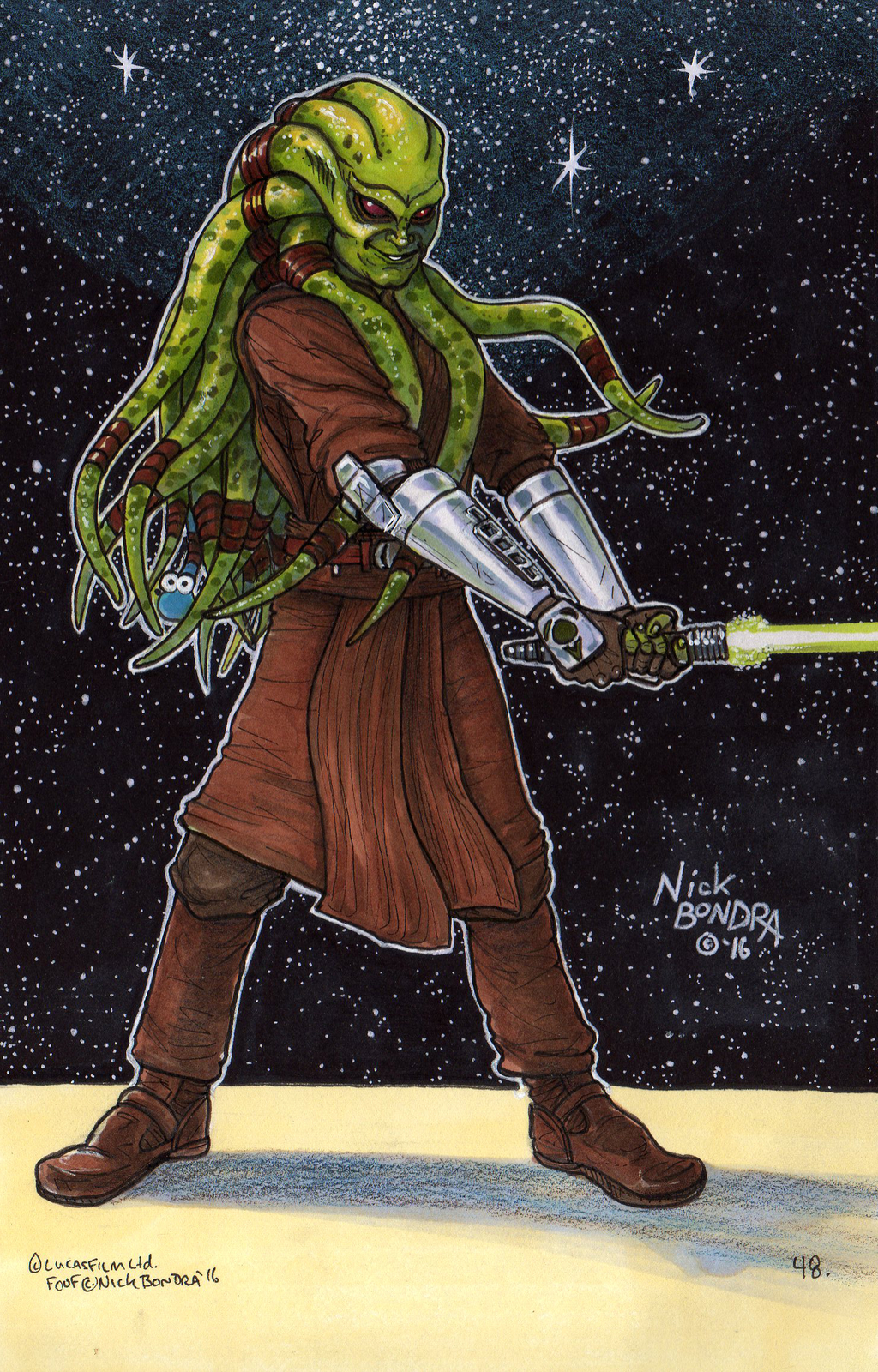 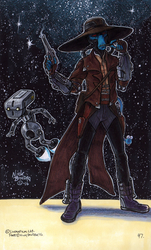 Here's Jedi Master Kit Fisto. He's most famous not for his green head tentacles, but for his winning smile. He first showed up near the end of " Star Wars, Episode 2, Attack of the Clones " where he flashed his award-winning winning smile after toppling a battle droid on top of C-3p0 ( who's head was attached to another battle droid's body at the time ) and then we next see Kit when Chancellor Palpatine kills him in Episode 3. ( He unfortunately emitted a wimpy scream (( thanks George )) but did live a bit longer than the other 2 Jedi with him that weren't Mace Windu though ). I drew him during the Clone Wars era. They actually made him much cooler in all of his Clone War appearances. He sounded like he wore sunglasses.