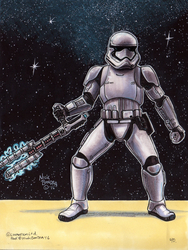 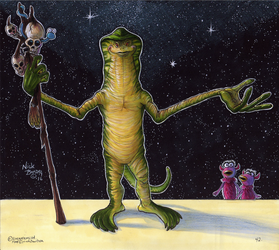 Here's Tseebo from the first season on TV's " Star Wars Rebels ". And here's what the Interweb hasta say about him: " Tseebo was a Rodian from Lothal who joined the Empire -- then became one of the most wanted beings in the galaxy. Outfitted with Lobot-tech headgear, Tseebo accessed and stole secret Imperial schematics and plans, resulting in a planet-wide manhunt." He also had info concerning the whereabouts of Ezra Bridger's parents. I think the " T " in his name is silent but I'm not a million percent certain.