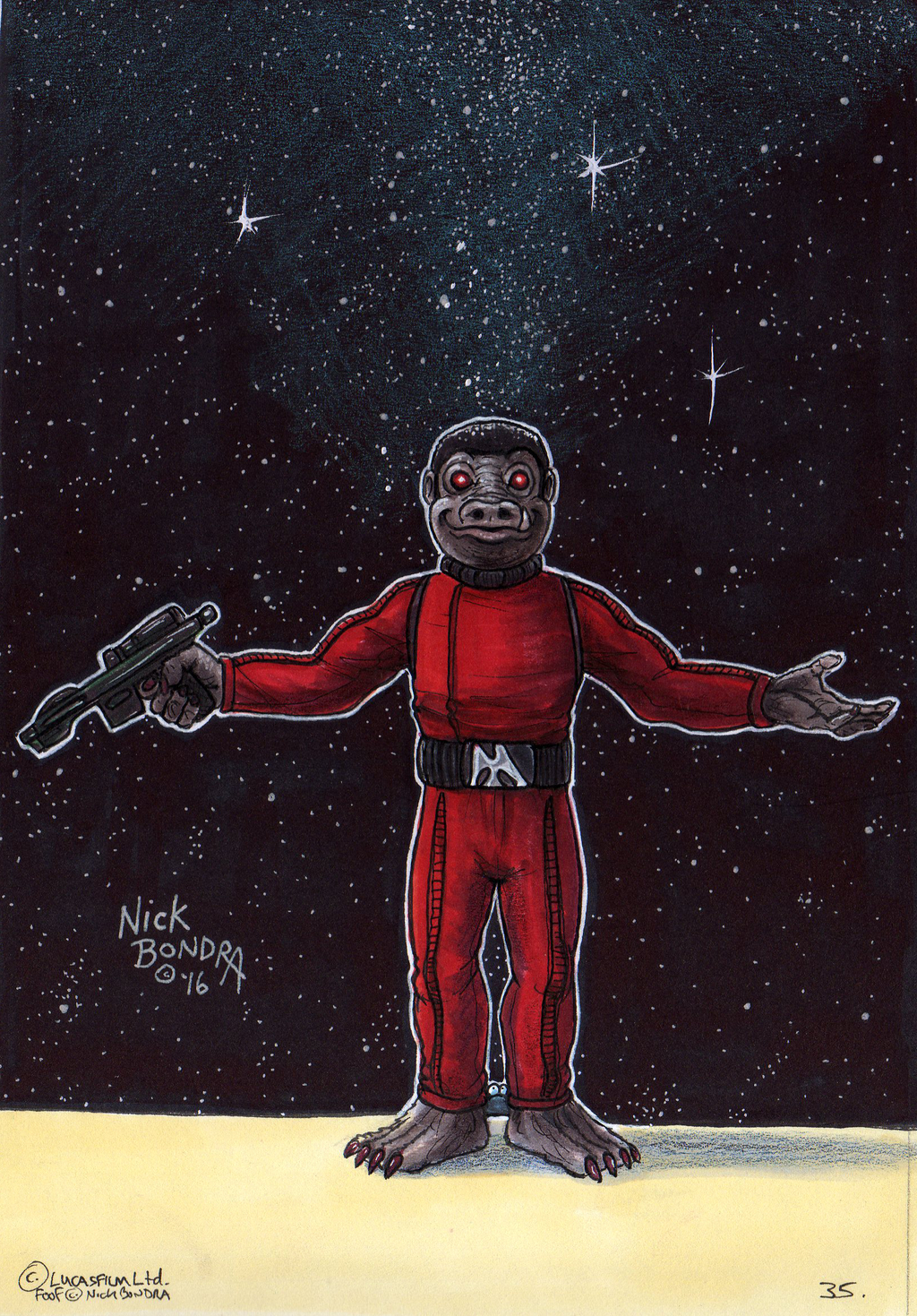 Here's the normal version of Kenner's Star Wars Snaggletooth action figure. He's short and red... as he sort of appeared in the Star Wars Holiday Special... cuz the " snaggletooth " in the actual movie was a different dude altogether. And umm... well... I'll be danged if he doesn't look like Fat Albert ( in the face at least ). Hey, hey hey! It's Snaaaaaaaaagletooth! And he's gonna sing a song for you! And Bill's gonna ... have a PUDDIN' POP! RAZZUM-FLAZZUM! FLAZZOO!