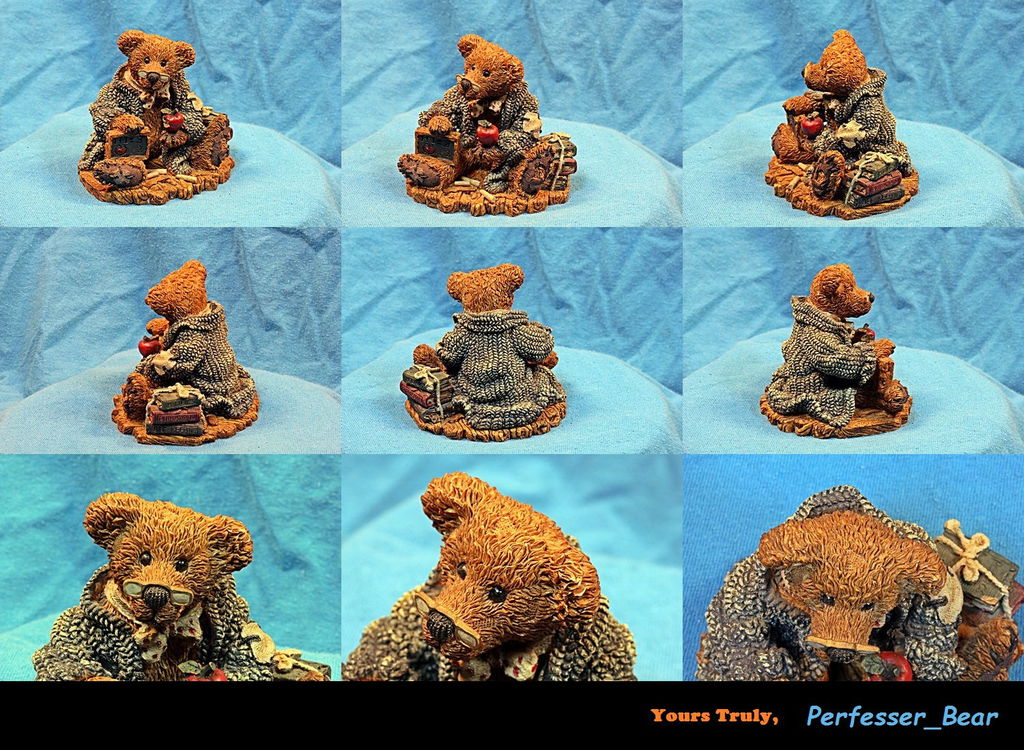 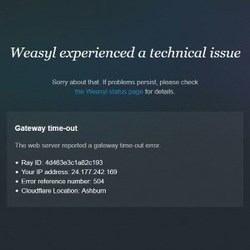 An Open Letter to the Person Identifying Themselves as 'Tommie'

I have used the Perfesser Bear handle in one way or another for thirty years. It was first coined by a friend and coworker in 1984, when we were working as Armed Guards at a Nuclear Power Station. I have used it, first on Bulletin Board Systems (BBSs), then on the World Wide Web, practically since Al Gore invented the Interwebz. The use of the name itself is not in dispute, although I am aware of two other people using it online.

The problem stems from the avatar I use on every user content site and forum I log onto. I always use the same picture. I changed it a few years back, because the old one was only 64 X 64 pixels, and it was made by shooting a 35mm photo of my Boyd's Bears figurine Wilson as the Perfesser, then scanning the print. I dug Wilson out again and shot a bunch of photos with my (then) new DSLR.

A few months back, I received a very upset eMail from another user on one of the (many) websites I frequent. This individual claimed I stole the avatar from one of their photos, and demanded I remove and replace it. After a few increasingly heated eMail exchanges, the complainant produced an uncropped, but much reduced full image and posted it briefly on a photo dump site. I wasn't sure how they got it, because I didn't recall posting it anywhere. I blew it off as Internet stalking, and let it lie. This week, however, they sent me another angry eMail, this one threatening to have me removed from two user-produced content websites if 'Professor Bear' (sic) didn't stop using 'their' image.

I took this series of photographs about four years ago as I write this. I shot them all in a single session on 2011-06-12 with my Canon EOS Rebel T2i. I used my Canon EF-S 60mm f/2.8 Macro USM lens to get nice and close. The date code, camera and lens identification is encoded in the original images. Furthermore, I have the RAW files, the digital equivalent of a negative that no one in their right mind would post anywhere.

Well, it's time to put up or shut up, 'Tommie.' I have all the proof. I have the Royal Straight Flush, and you've got nothing. All you have is the reduced image you stole off my Weasyl user page. You can stand down, or I will have you booted off the very websites you threatened to have me removed from. I'm posting this on every website I use, so no other creepy Web trolls will try it.

(Note: I do not hold Weasyl accountable in any manner. They are not one of the websites involved. I only figured out that this is where 'Tommie' found the 'original' photo he/she threatened me with.)

Now, I understand that Weasyl is enforcing a clause in their Community Guidelines, of which I was previously unaware. I can't prove whether it was part of the CG when I joined in 2014, so it's going to be hard to defend. tl;dr: if I had seen this four years ago, I never would have joined Weasyl.

Now, I'm not an artist, so I'm not posting many pictures. I am a writer, and I was going to start uploading my stories here. Now, because of this chilling revelation, I have decided not to supply the website with any more free content to attract viewers -- and advertising dollars.

So, what's the upshot? According to recent activity (a friend was recently suspended for a similar offense), Weasyl is now prosecuting members for violations.

I'm sorry, but I'm not sorry. I refuse to remove this image. Right now, it's the only submission I have on Weasyl. It forms the basis of my banner image. It also records the attempts of some jerk to coerce me into bending to their sick will.

The day I receive that message from Weasyl is the day I close my account.