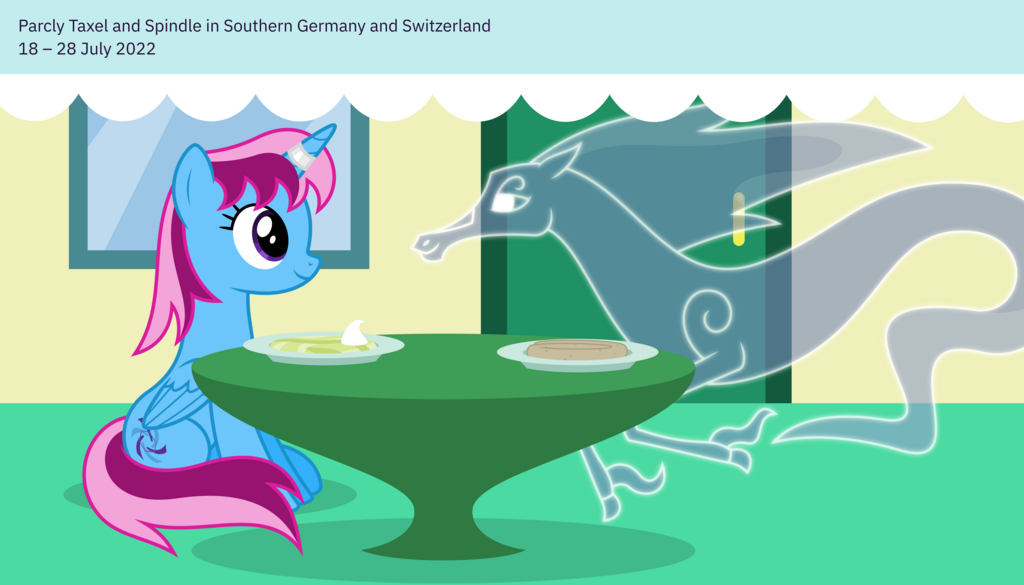 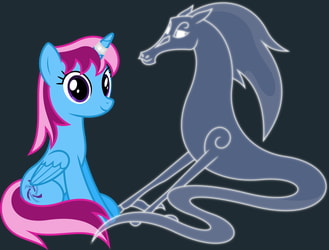 Parcly Taxel and Spindle in Southern Germany and Switzerland

Parcly Taxel: We're back on the road.

Spindle: Two and a half years on from our last trip (to places around Kyushu), for the first time we're travelling outside the Asia-Pacific – here to Munich, Lucerne, Basel and Frankfurt in that order. Ironically Parcly studied French in university, not German.

The general region these four cities lie in may be described as "high German", both linguistically and culturally. Far from the trappings of Ich bin ein Berliner we find here beer (of a different kind from Autumn Blaze's), one of Parcly's favourite dishes in the form of rösti and white sausages delineated by the Weißwurstäquator. Besides those primers, though, we frankly have little idea of what to see there.

Parcly: My long tradition of drawing a sketch for each day of the trip, with accompanying story, will continue with this one. Instead of posting both to Weasyl like for the Kyushu trip, however, I'll be using my more recently established Pixiv Fanbox page; the mirror to Derpibooru is as before.