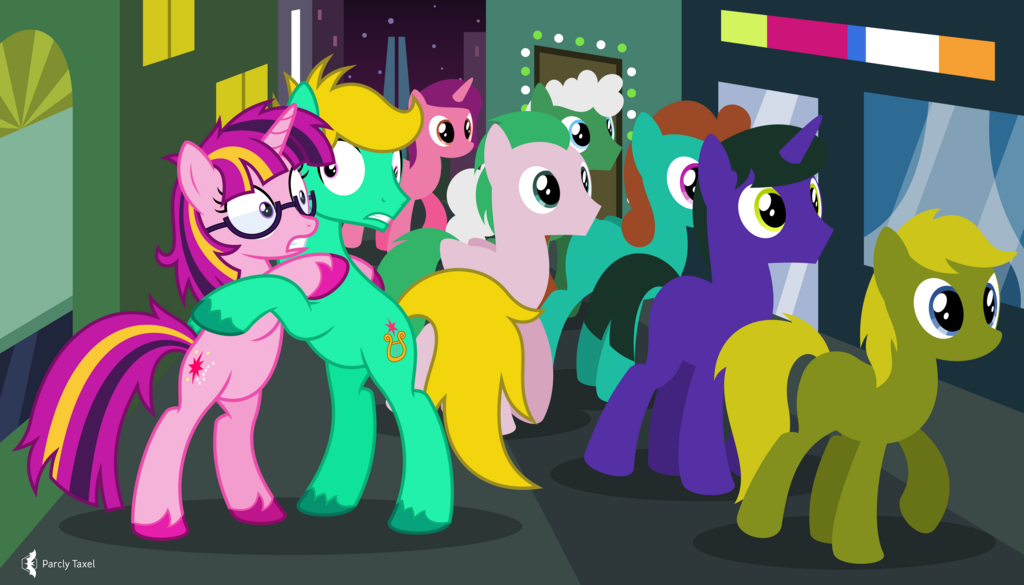 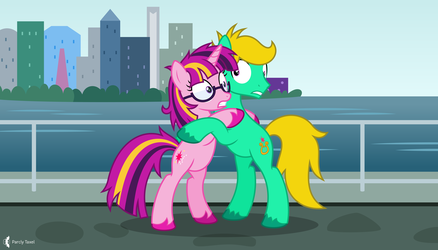 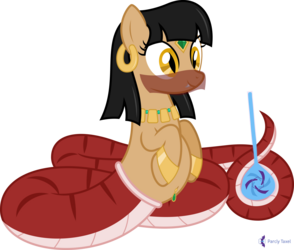 I had a relatively calm background in the initial "version" of the September monthly reward for Starponys. The fan then rejected that background, saying I had misinterpreted the reward details and that I should portray "a crowded city (kind of like New York), and [the two ponies with Asperger syndrome] are scared of the lights, sounds, and crowds… The idea is that they are both on the spectrum and easily suffer sensory overload in big, crowded cities." I reluctantly obliged, after securing a promise that just cloning and tweaking silhouette ponies with eyes would be sufficient for a crowd, and I had this corrected reward done within a day.

You can get vectors like this every month by pledging to my Pixiv Fanbox page!