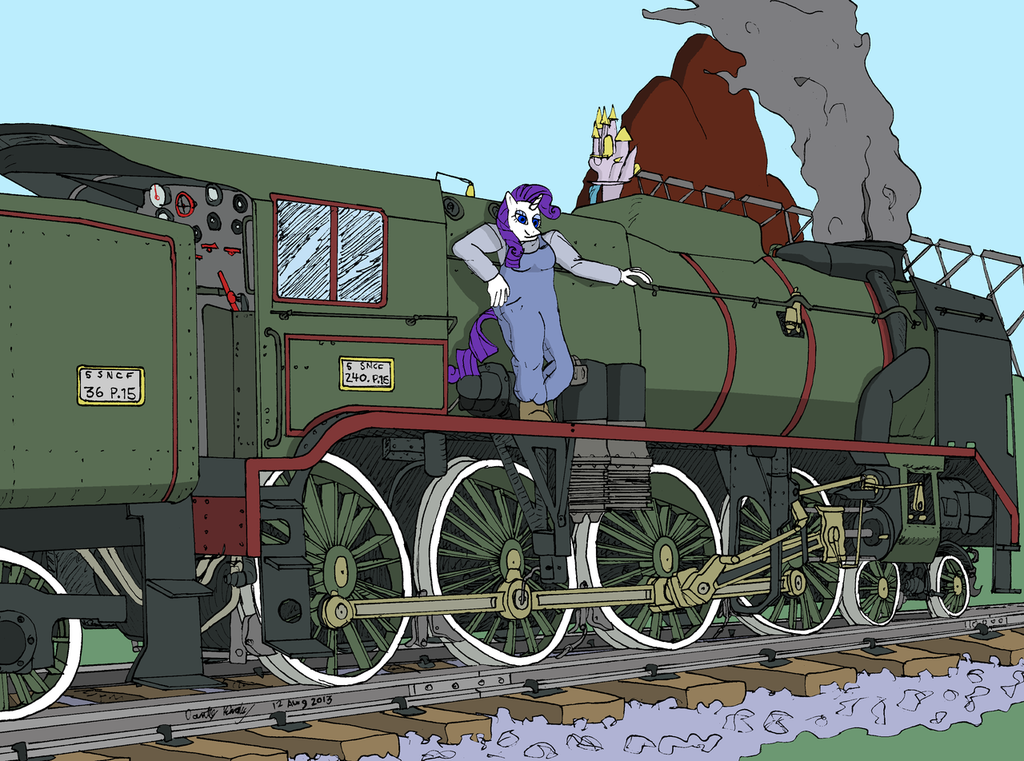 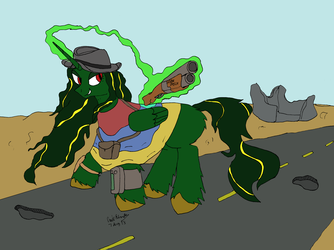 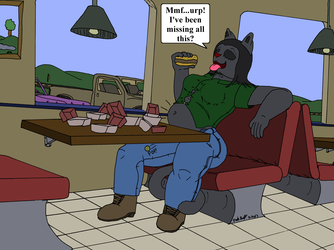 I was thinking one day, "I REALLY want to draw a Chapelon 240P once again!" I also wanted to draw one with ponies, and so though, "Who would have a 240P, if the characters owned locomotives?" I figured, Rarity, even if she would be unwilling to do the actual dirty work.

The second class of 25 (240P) were built for the SNCF railway (All previous ones were merged.). These had several improvements, (Such as mechanical stoker), so were a bit more powerful: 4,700hp, vs 4,200hp of the first ones. The best power/weight ratio ever! They were easier to draw with much of the piping hidden.