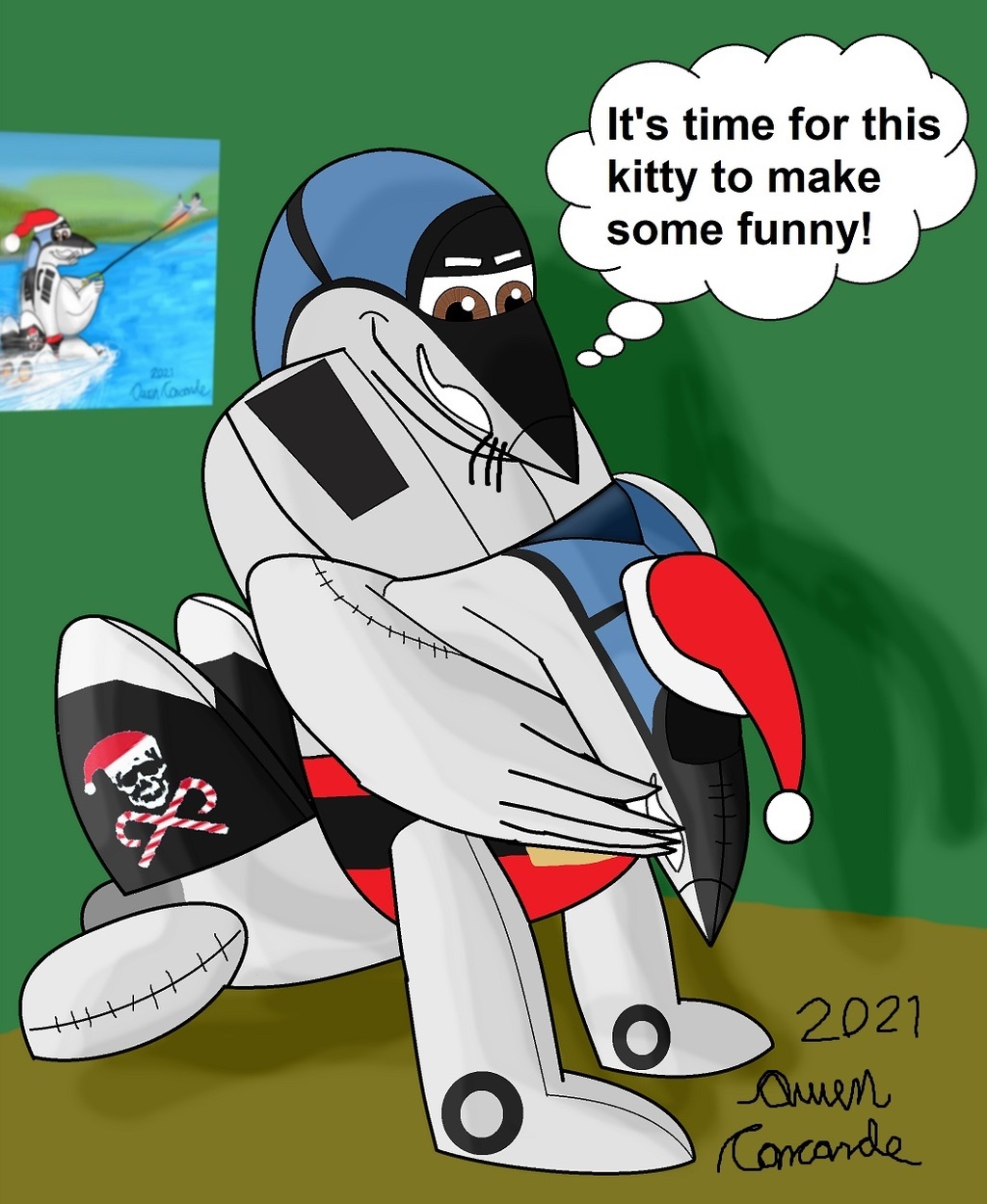 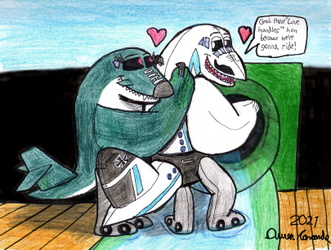 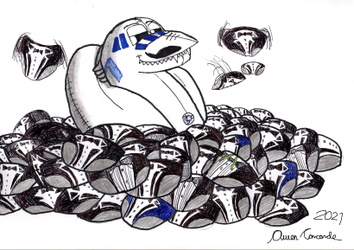 Max is preparing to wear his inflatable "skin" again and spend more time as his inflatable toy form. Nothing's better than being a big squishy (but heavy) pool toy!

In the past I used to have my OCs become their inflatable forms by putting the blow valve where their belly button is, but it's now where they put on a suit resembling their pool toy version and they still have the blow-valve belly button. What both methods have in common is that they can stay in their pool toy form as long as they like.