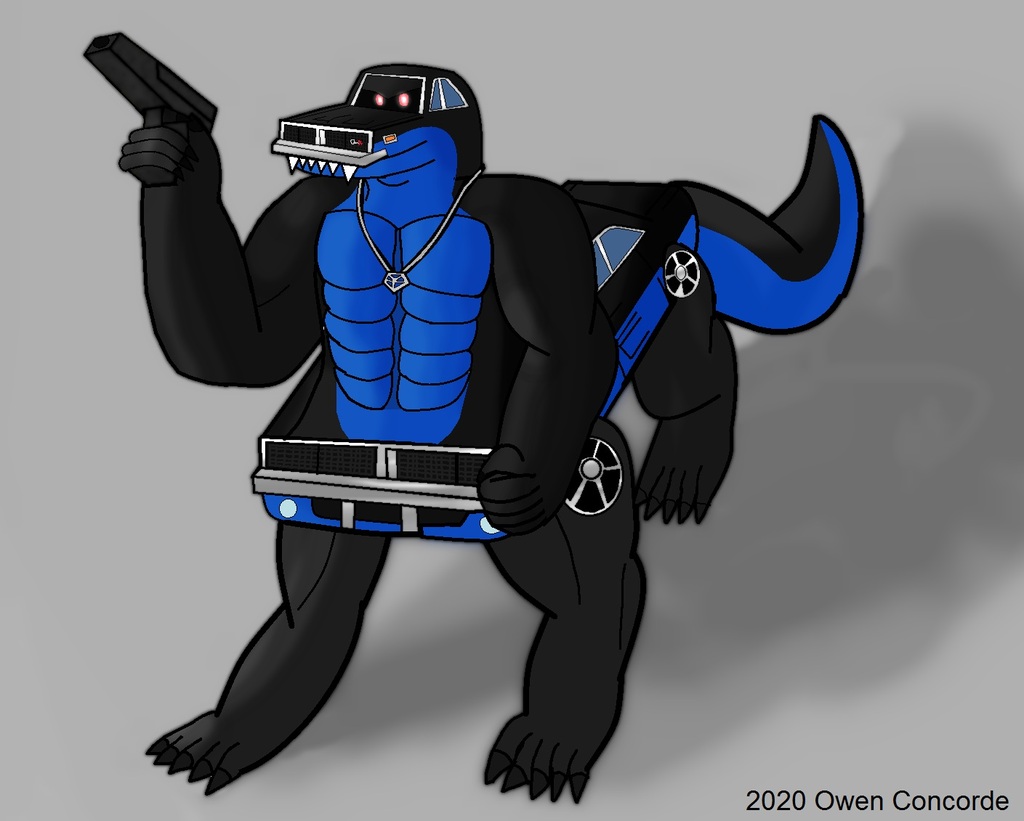 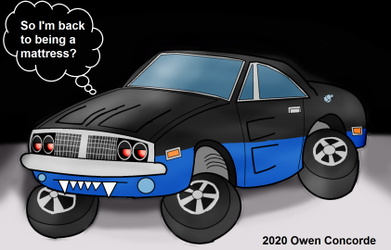 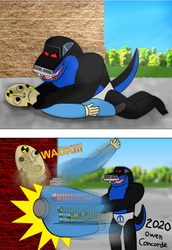 Axel Taurger (Not a dragon car)

Axel in his "car-taur" form which is rarely used unless if he wants to chase and shoot his enemies down the highway.

Note: This is not exactly a "dragon car hybrid" and something like that would have to be an anthro dragon body with a car body which that kind of artwork exists. Axel here is based off of his usual anthro form which looks kinda reptilian in appearance, but still retain some car parts (windows, headlights, grilles, and taillights above the tail).