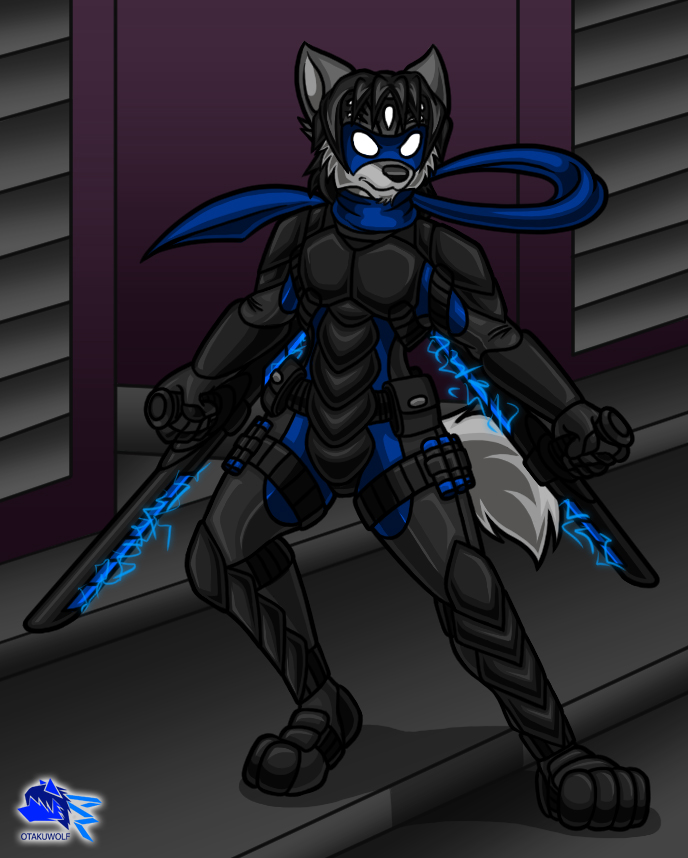 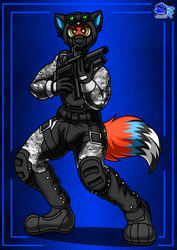 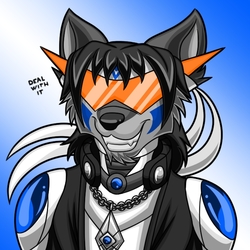 Some pratice art with Manga Studio 5

I wanted to start with something "simple" so i tryed to draw a superhero version of Ota.
I'm not much into superheroes but the one i like the most is Batman, so i thought to design Ota as a kind of hero that doesen't have superpowers but rather relyes on high-tech gadgets and non-lethal combat and weapons. That and for the outfit i'm also been inspired by "Hotsuma" from the "Shinobi" game on PS2
The colorscheme was a bit of a pain because at first i wanted to use Ota's classic colorscheme white-black-blue, but the white wasn't looking good with this design so i decided to take it off and i found myself with black and blue... which i had still to work around with to don't make Ota look like Nightwing.

Anyway, first pratice picture, getting the hand with the "brushes" but still got to figure out some other features... what do you think so far ?