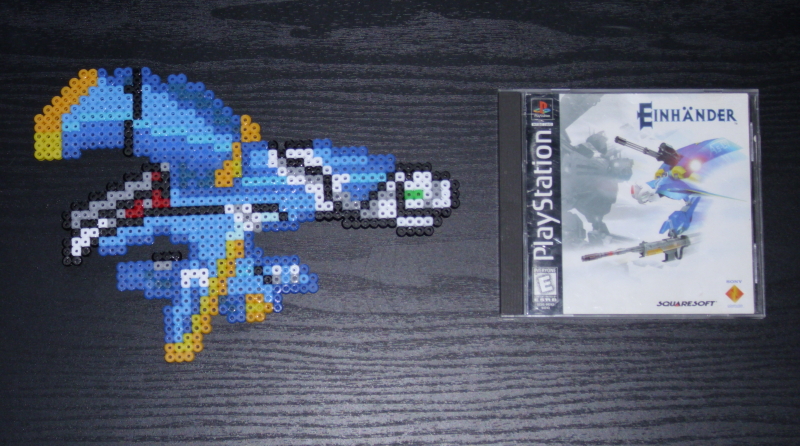 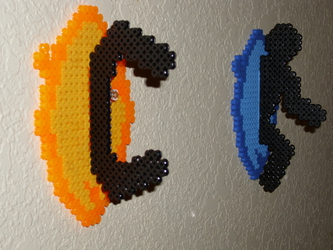 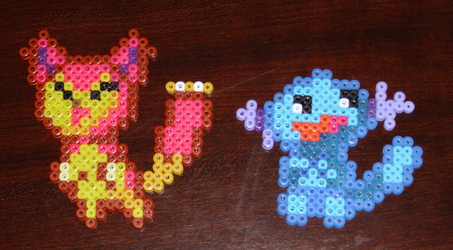 I've been asked a few times what my favorite video game of all time is. I find it extremely difficult to pick just one, but if I were to make a list of my top 5, Einhander would definitely be on that list. My absolute favorite game for the Playstation 1, this game was actually banned and discontinued from video game stores for a while.

For those of you that don't know what it is, Einhander is a side scrolling, futuristic, flight shooter, kinda like R-Type. Basically, the Moon and the Earth are at war with each other and you fight for the Moon Federation to destroy Earth. So this was one of the few video games where the whole point of the game is to destroy EARTH!!! Filled with awesome giant robots!

Made by Squaresoft before they fucked everything up after becoming Square Enix... I love this game and still love it to this day. So I made one of the 3 main ships outta beads. Awesome

Einhander © to Squaresoft (before they became shit Square Enix)