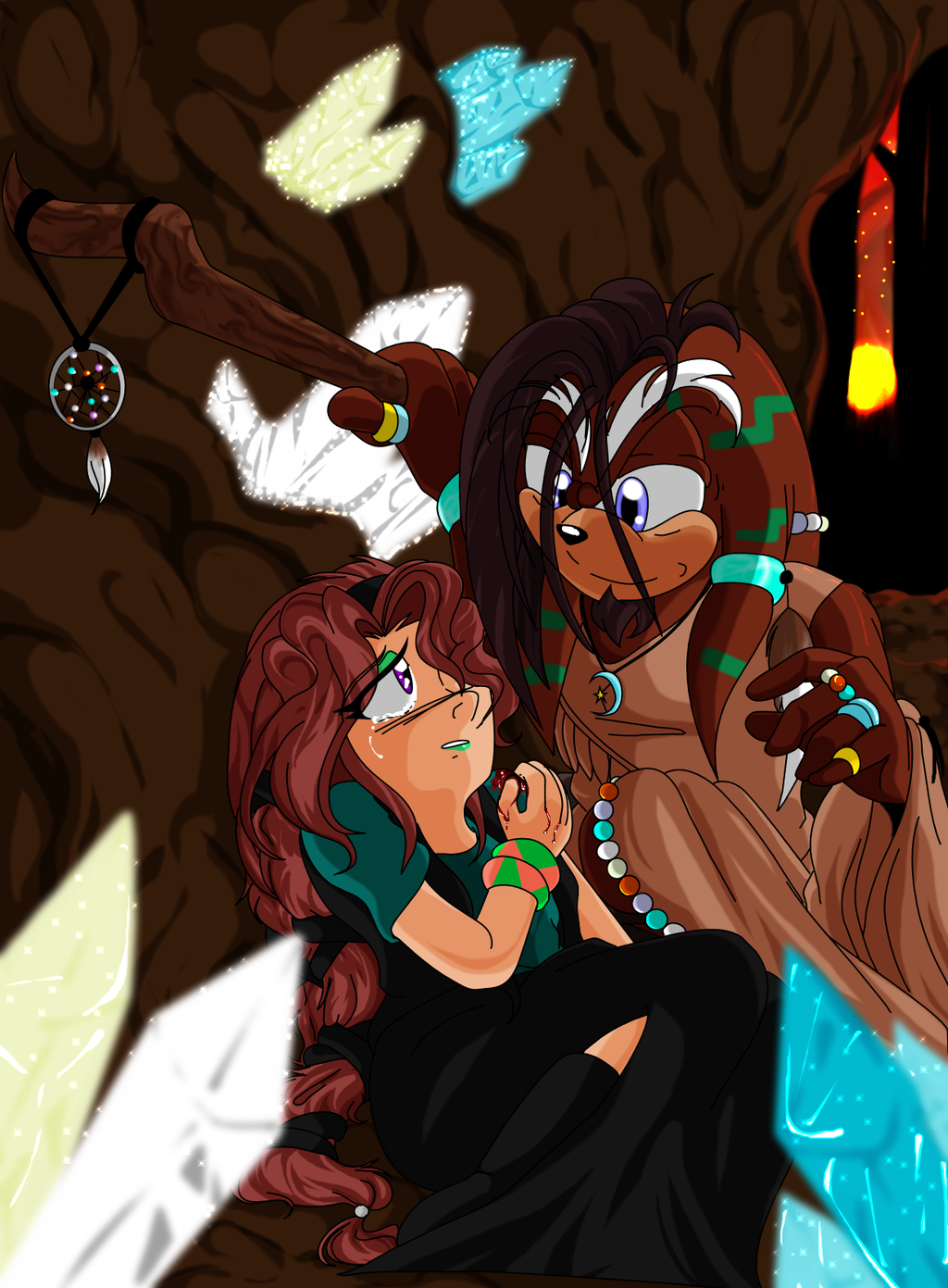 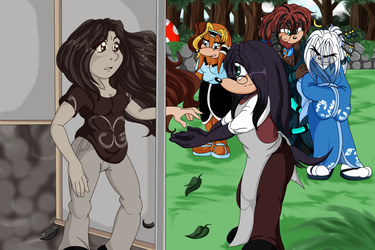 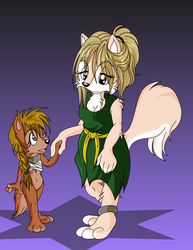 Baltheer came about when I had doodled a random tribal looking echidna in my sketchbook. Naturally, I added onto him over the time, and upon doing so, added a more in depth background to him.

A healer shaman who is very in tune with mother nature and life in general. He's so fascinated by life and the Goddess' ways, that he finds Edina-Ca, a life that shouldn't be or impossible to be given her hybrid nature, intriguing (as she's part echidna and from a comic I stopped a few weeks ago, because it was killing me!)

The reason the outside of the cave is not clear is because--I am not sure where I want them to meet up. I wasn't sure if it should be on Mobius on the outskirts of Albion, or in the Twilight Cage, so I just made a random, sunset-ish sky with black trees and bushes. All I know was I envisioned a cave with crystals...that was it. xD; I hate drawing crystals, but I tried! Maybe next time.