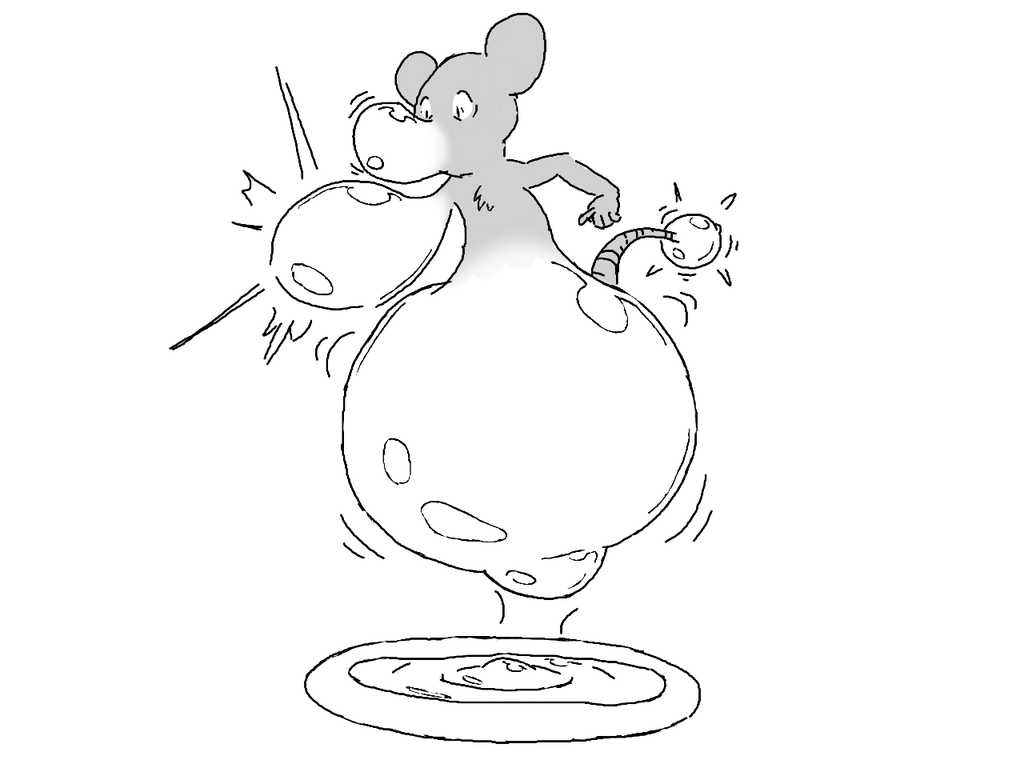 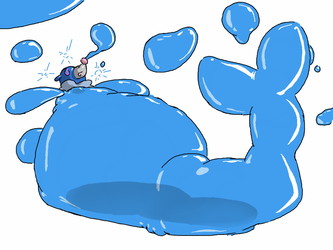 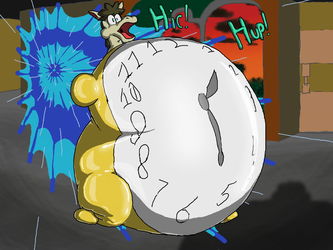 After numerous iterations of the device, a subject finally entered the Entrance-Ring (I_23) and the Exit-Ring (X_157) successfully. However the subject did not return without side affects, most notably when passing through the Exit-Ring's stretchy yet liquid-like film.

We made attempts to communicate with the subject, but his snout had already formed itself into a cartoonishly bloated ball made of a similar structure as the film the Rings create to allow test subjects to warp from one Ring to the other. His body seemed to take change immediately after passing through the exit. The new form doesn't seem to be hollow at all, but still manages to remain light as air with no explanation.

The subject was taken to a closed off diagnostics test chamber for further testing. So far the subject has completely transformed into a featureless mass, and shows no signs of slowing down its growing which ...concerns a few of our staff.

We're beginning to believe that something is preventing the other 133 subjects from appearing through the other side, somewhere 'during' the warp.